ON the first day of school holidays Dominika, a 14-year-old  living in Piešťany took her own life with her father’s rifle March 2. Even as the country's parents were still asking themselves why, Zdenka, a 16-year-old girl living in Nové Zámky, killed herself with a pistol the next day, and Nina, a 14-year-old, jumped from a balcony three days later. 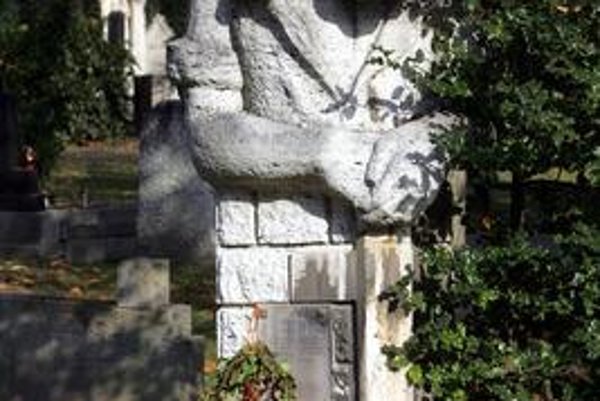 Three teen suicides in one week is extraordinary situation, say psychologists pointing out that suicide rate of children of aged between 1-14 oscillates between zero and three per year. And though it is too early to say they are connected, it is possible the three girls inspired one another, according to psychologist Eva Pálová.

“Young people have tendency to follow their idols and it can happen that they will copy even self-destructive behaviour,” Pálová told The Slovak Spectator. “Media should not report about particular cases with such detail.”

Furthermore, the number of teen suicide attempts has been falling. There were 10 children who were less than 15-years-old and 68 people between ages 15-19 that they tried to commit suicide in 2013, the latest year for which complete stats are available. To compare, in 2011 it was 18 people under 15-years-old and 91 teens between 15-19  who tried to commit suicide, according to statistics provided by National Health Information Centre.

There are documented  cases of suicides  inspired by widely publicised  suicides of notable figures. For example, Marilyn Monroe’s death caused by barbitur ate overdose in 1962 was followed by a rise in the American  suicide rate by more than 10 percent the month after.

The phenomenon received name the “Werther effect” linked to the series of suicides occurred in Germany 18th century after the publication of. Goethe’s novel “The Sorrows of Young Werther.” Many young men followed the example of novel’s main character who shot himself over unrequited love. Authorities subsequently banned the novel in some regions.

The Austrian Association for Suicide Prevention launched a campaign urging media to not report about suicides by people who jumped in front of trains in the 1980s. After media stopped reporting on them or they reported just briefly about them, suicides halved, according to Pálová.

Employees of Slovak version of UNICEF’s ChildLine for children in distress also cite influence of media on young people's thinking, said Jana Šimončičová, who works at the helpline.

“Usually, if the media open a topic and society responds to it, children and young people may react sensitively,” Šimončičová told The Slovak Spectator. “ChildLine usually sees an increase in calls related to a topic that is discussed in society.”

Children often copy what happens around them. Media should report on suicides less frequently and provide just brief stories about particular cases, according to psychologist Štefan Skokan.

“This issue received too much space in media last days,” Skokan told The Slovak Spectator.

“In this age of puberty children cannot fully realise fatal consequences of their decision,” Herényiová told the daily. “They want to deal with their problems radically. They want to draw attention so everyone will keep that in mind.”

The World Health Organisation has guidelines for media on how to report about suicides without inspiring others to act similarly. Media should focus solely on facts, without emotions, they say. They should not inform about every detail of the process, the scene of tragedy or family issues, according to  Darina Sedláková, the h ead of the WHO Country Office in Slovakia.

On the other hand, not reporting about suicides is also a mistake,  Press Council head Július Lőrincz said.

“I would never thought about it in the way that media should not report about such cases,” Lőrincz told The Slovak Spectator.

The council has not received any complaints about insensitive reporting on those suicides, according to him. The same is true even for Council for Broadcasting and Retransmission (RVR) which deals with ethics issues of electronic media, RVR spokeswoman Lucia Jelčová told The Slovak Spectator.

She pointed out that the biggest fine the RVR issued within last five years was related to suicide in media. In October 2009 moderator Vilo Rozboril conducted what was determined to be an insensitive interview with a young boy about an attempted suicide during the Modré z neba show of TV Markíza private broadcaster. The RVR fined the broadcaster €20,000.

The main reasons behind suicides are not related to media coverage. All the recent cases happened in Western Slovakia and the region had school holidays during that week. Therefore the most probably it was combination of bad relationships with family or friends and a lot of free time, according to Skokan.

“Media could be initiator [of suicides] in such cases but main reason is personal and family life,” Skokan told The Slovak Spectator.

Moreover, both children had access to a gun therefore and both fathers could have problems with the authorities, according Ľudovít Miklánek of Legis Telum, the civic association of weapons owners.

“Each weapon is legally connected with only one specific owner of the [firearm] license,” Miklánek told the Nový čas. “Only that person can manipulate the weapon and no one else can get to it.”