THE SYNAGOGUE in the eastern-Slovak town of Bardejov is being reconstructed and reinforced, after 70 years. 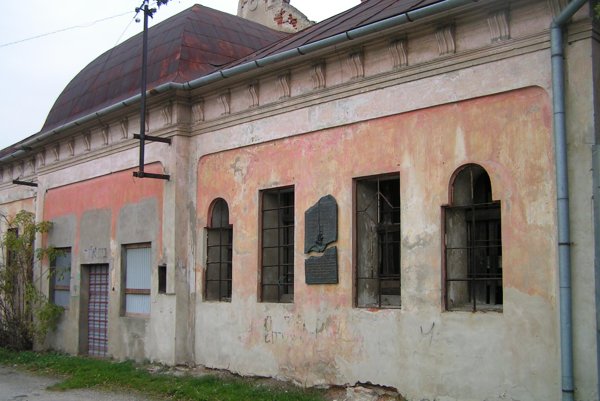 “The main goal of this project is to return life to the most important part of local Jewish cultural heritage – the Old Synagogue,” manager of the project of reconstruction, Martin Kornfeld, said for the TASR newswire. “The complex reconstruction enables a multi-functional use of the space which has the potential to be used for cultural, social, representative and educational events.”

A permanent memory of the history and culture of Bardejov’s Jewish community will be secured by the newly-established exposition at the female gallery – empora, he added. A monograph and other promotional items will bring new data and information about the synagogue.

The Central Association of Jewish Communities in Slovakia has received resources from the grants of Iceland, Liechtenstein and Norway as well as from the Slovak state budget. The synagogue shall be renewed by April 2015 at the latest, with the works involving stabilisation of the plinths of interior plaster and restoration of inner paintings. In the next phase, historical doors will be renovated, or their replicas, new electric wiring and also a replica of the outer stairway to the female gallery. The floor will also be renovated.

As for the exterior, the façade will be renovated; gutters, cornice and the original sundial will be renewed.

This project will help revive the original genius loci of the religious and cultural centre of the once sixth-most important Jewish community in all of Slovakia, according to Kornfeld. It can also boost the connection with the shared cultural heritage.

The Old Synagogue dating back to the 19th century lies in the middle of a complex of Jewish ritual buildings (Jewish Suburbia) and is inscribed on the UNESCO List of World Cultural and Natural Heritage. It is unique thanks to its nine-vault construction; the interior is dominated by rich ornamental decoration in the Moorish style. The most interesting artefact is the dedication board that includes a poetic text about its founders.