WITH 75 percent of waste in Slovakia currently ending up in dumps, parliament on March 17 approved a bill aimed at teaching Slovaks to separate and recycle waste, the TASR newswire reported. 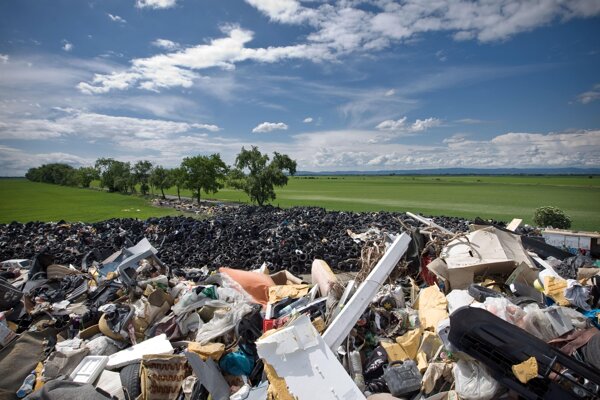 The law abrogates the Recycling Fund and paying of recycling fees by producers and importers. It introduces the principle of broader responsibility, which means that producers and importers will be responsible for individual products as of placing them on the market and until they are disposed of. Separated waste should be treated by producers via so-called organisations of producers' responsibility. This should remove the burden from municipalities, which currently take care of all communal waste, supports of the new law say.

“People will pay nothing for separated waste, the industry will take care of it for free,” Environment Minister Peter Žiga told the press, as quoted by TASR. “It will decrease the expenses on waste in municipalities by one-third which is around €30 million.”

Meanwhile, the public should pay only for waste that hasn't been separated, which could even result in a reduction in fees in certain locations. The legislation will come into force on January 1, 2016.

The bill also introduces tougher conditions for scrapyards, which will not be able to pay for purchased metal in cash. Meanwhile, the purchased metal will have to be stored for at least seven days and the buying process will be monitored by cameras.

The bill was keenly discussed, with as many as 2,665 entities providing comments after it was submitted for debate by the Environment Ministry last year. Meanwhile, 300 further amending proposals were included in the bill in parliament, with the opposition pointing out that this figure was higher than the number of individual paragraphs in the original legislation.

Slovakia’s IT Association and the country’s largest organisation for recycling electronic waste SEWA, along with Freedom and Solidarity (SaS) party chairman Richard Sulík, stated that the legislation would lead to a monopolisation of the system and corruption. Meanwhile, the Slovak Towns and Villages Association (ZMOS) criticised the fact that municipalities would be responsible for illegal dumps in their catchment areas. They unsuccessfully demanded that responsibility should be transferred to plot owners.

Conversely, producers of branded products welcomed the bill as a way of introducing more transparent conditions in waste management.