Will Černák state the truth?

WHAT Mikuláš Černák has experienced is not a change of heart so much as a change of mind. 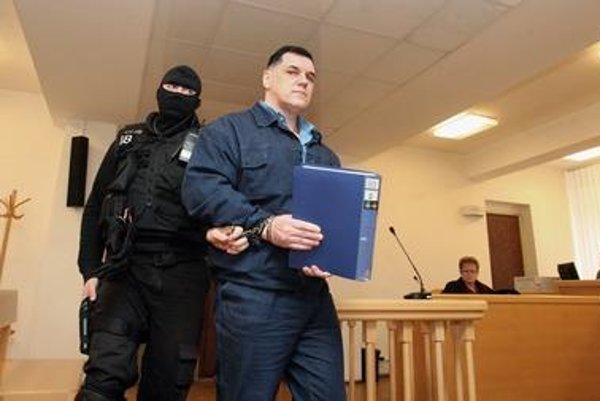 Growing old and irrelevant after 18 years behind bars, mob boss Mikuláš Černák has apparently thrown in the towel, agreeing to help police solve up to 32 mafia murders.“Budem vypovedať,” he said last week, explaining he had grown fed up with being traduced by “third-rate gangsters”, that he was “psychicky unavený zo všetkého” (physically tired of everything) and was ashamed of “svoju temnú minulosť” (his dark past).

If Černák does testify fully about his past, it could provide some of the most riveting and revealing courtroom drama in modern Slovak history. Relatively little is known about his career as a gangster, except for the six murders he is serving time for. The most interesting blank spots include: his involvement in an international fuel tax fraud run out of Budapest in the 1990s, reputedly by a Russian gangster; his relationship with senior SIS officers and HZDS politicians during the 1990s Mečiar government, when he rose to the height of his power; whether, as SIS documents allege, he was jailed in 1998 after inadvertently stealing millions of crowns in provisions from Russian debt allocation that was intended for a senior politician; and what role he played in early Russian plans to privatize Slovenské Elektrárne.

Unfortunately, we are not likely to get to the bottom of Černák’s political and economic milieu, first because he is proposing to testify only about gangland killings, and second because he is far from the exhausted, contrite, change-of-heart con he is pretending to be.

Over the years, as half a dozen former accomplices were paraded into courtrooms to incriminate their boss, Černák has won the grudging respect of prosecutors and judges principally for his refusal to cooperate, as well as for his measured civility. Reputedly an impulsive blood-spiller on the outside, over 18 years Černák has shown such composure and strength that his claim of psychic exhaustion is not to be believed.

Instead, his cooperation may be calculated to win his conditional release in 2023 after he has served 25 years of a life sentence; the release must be approved by a court, which in turn would likely be swayed by testimony that results in further murder convictions. Moreover, having associated with so many gangsters over the years, Černák is in a unique position to help or destroy other mafia bosses. That is a source of considerable power, and possibly also money.

Many of us remember the 1990s as the distant past, given the scale of organised crime and political skullduggery back then – and yet as strangely proximate, given that its ills are still so much with us. Interest in Černák’s testimony will therefore be intense. If only it was more likely to be the whole truth, and nothing but the truth.