THE NEW building of St Michael’s Hospital in the centre of Bratislava will open by the end of this year. 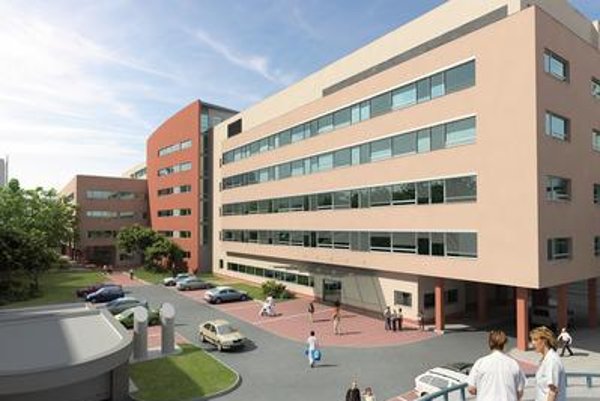 It should pass the approval procedure in October, while its opening is planned for November, Interior Minister Robert Kaliňák told the press on March 17. The hospital should serve mostly the public, as well as soldiers, police officers and rescuers, who should comprise some 10 percent of the treated patients, the TASR newswire reported.

The construction of the facility with the capacity of 110 hospital beds and 50 outpatient departments cost altogether €50 million. The medical equipment will cost €22 million, Kaliňák said.

“It will offer services of the general hospital to all patients who will be interested,” Kaliňák said, as quoted by TASR, adding that this concerns not only inhabitants of Bratislava’s Old Town district, but also people from the wide surrounding.

He, however, added that the hospital cannot substitute the treatment in the same extent as was provided by the now-defunct hospital on Bezručova street and the facility on Mickiewiczova street which is to be closed after the new hospital in Patrónka is completed.

The new St Michael’s Hospital should be the most modern facility built in Slovakia in the past 25 years. The competition, won by E-BA tpz company, was transparent, the minister stressed, adding that thanks to the auction the final price dropped.

The organiser of the procurement was company Pro Tender, whose authorised representative is Peter Hložný, former classmate of ex-health minister Richard Raši. He was accused by the police of manipulating the public competition on the new emergency department for Košice’s hospital, the Sme daily wrote.

The information that Pro Tender organised the competition on construction and also purchasing the equipment was confirmed also by the hospital’s head Marian Križko. The firm receives €3,000 a month, Sme wrote.