THE NUMBER of tourists in Slovakia dropped by 7.9 percent year-on-year in 2014, according to the latest figures from the Slovak Statistics Office (ŠÚ) as announced by the Slovak Tourism Board (SACR). 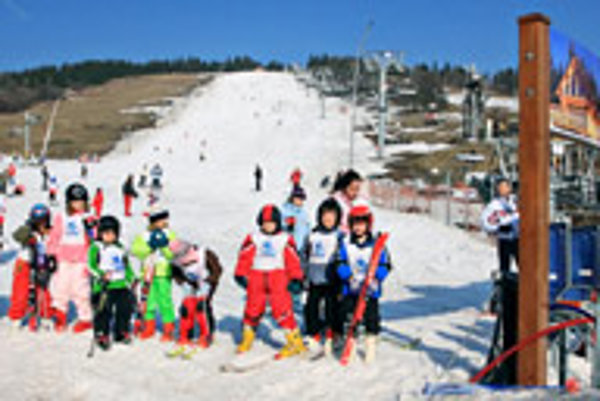 "Skiing dwarves" are among the scourges of the slopes. (Source: SITA)
Font size:A-|A+  Comments disabled

Skiing usually attracts a large numbers of tourists to Slovakia, and the fall was mainly due to the mild winter, swings in the values of the currencies of surrounding countries versus the euro and the conflict in Ukraine, the TASR newswire quoted the SACR on March 21.

In total 3.73 million people spent a holiday in Slovakia last year, of which 1.48 million were foreigners and 2.25 million were Slovaks. The respective total number was over 4 million in 2013, which was a record. The largest number of foreigners came from the Czech Republic (nearly 437,000), followed by Poles (over 158,00) and Germans (around 138,500). 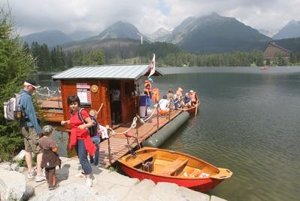 Read also:Tourism numbers were down in 2014Read more

Despite the annual fall, tourists coming to Slovakia spent more money in the country, with their expenditures topping €1.9 billion according to figures published by the central bank (NBS). This represents an increase of €16.1 million on the previous year.

SACR predicts that the trend will be reversed this year with a view on current developments in tourist areas. Figures from the first months of this year point to a highly successful winter season.

The unusually warm weather in November and December marred more numerous skiing holidays and cut the revenues of ski resort operators, the daily Sme quoted them as having said, thus opposing the SACR report which stated that in Q4 2014, the tourism situation had stabilised. But the winter tourism operators and people in ski resorts look with optimism to the spring part of the season which could make up for the poor start.

Partially, spa and wellness offers were able to make up for the missing snow.

“I cannot remember a winter when people did not ski at Christmas,” Dušan Šimko of the Drienica ski resort summed up the woeful situation.