WAR and a brutal campaign of ethnic cleansing leads to a major refugee crisis. 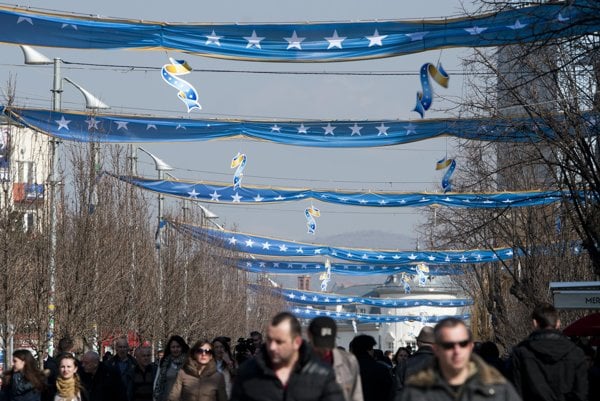 Global powers intervene in attempt to quell the bloodshed and implement an imperfect ceasefire stalemate. Eventually, events on the ground overtake the status quo and a new country unilaterally declares independence. A majority of United Nations members, but not all, recognise the independence of this new country – while others persist in denying the new reality for years.

Israel is the country in question, but much as the above scenario applies to the Middle East of 1948, so it corresponds with eastern Europe of 2008 and Kosovo. Slovakia recognises the former, but not the latter.

It is hard to figure the logic behind Slovakia’s continued reluctance to recognise the plain reality that Kosovo is a country that has already existed for seven years. In recent days the issue has resurfaced as voices from the European Parliament have begun openly calling for the five European Union members – Cyprus, Greece, Romania, Spain and Slovakia – that have still not recognised Pristina as a sovereign capital city to do so.

Among the squeamish, most have concerns that portions of their own country will secede. Some of these are even legitimate, and in the case of Cyprus the island is already partitioned. In the case of Slovakia the idea is preposterous. The concept that the country must be on guard against ethnic Hungarians that are secretly scheming to break away is hallucinatory and leads to equally delusional public policy.

This manifests itself in any number of ways. Ignoring Kosovo is one, but the most obvious is the comical 2010 citizenship law that remains on the books because the leadership of the ruling Smer party is incapable of admitting when they make mistakes. That law, one might recall, was meant to discourage ethnic Hungarians from taking up Hungarian citizenship by stripping them of Slovak citizenship if they did.

In the intervening years, just 6 percent of the 1,000 people who lost their Slovak passport did so because they took up Hungarian citizenship. A significant plurality of those who were punished had Czech citizenship instead.

Other arguments against recognising Kosovo are even more problematic. One goes that Slovakia must stay true to its Slavic roots and support their brothers and sisters in Serbia. A second alleges that acknowledging Kosovo means a precedent that clears the way for, among other things, Russian annexation of Crimea.

Setting government policies along ethnic or linguistic lines is not only racist, but causes more harm than good. Should Slovaks support 20th century Soviet gulags out of shared Slavic identity? As for setting precedent, there is literally zero indication that Russia puts any stock in international law. Those are tanks, not attorneys, in Ukraine’s eastern provinces.