EVERY woman will have two months to change her mind after giving so-called secret birth to a child – according to a draft amendment to the Law on Family. 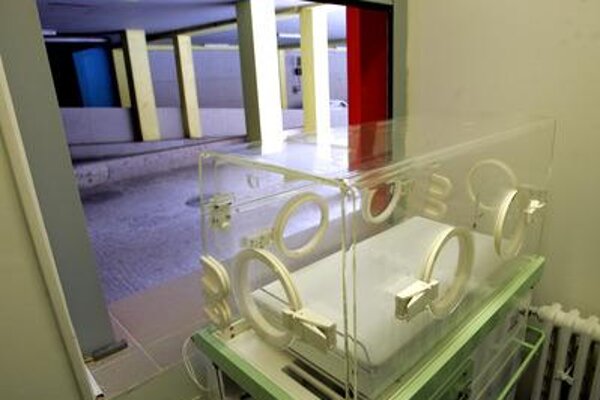 Currently, she can ask for her identity to be secret, but can revoke this decision within six weeks after the birth.

The explanatory report to the amendment – elaborated by the Justice Ministry – proposes to handle cases of births the same as cases when parents fail to show an interest in ababy for at least two months after its birth.

Anna Ghannamová, head of the civic association Chance for the Unwanted , who focuses on the issue of secret births, told the SITA newswire that she sees no logical reason for this change – according to their statistics, only six mothers out of a total of 238 returned to their babies by the end of 2013. In the 10 years since the Safety Nests (where mothers can leave newborn babies to be rescued by medical staff) have been in operation, six mothers returned to their children, out of 47 in all who left them in baby-boxes.

Most secret births were recorded in Bratislava Region (49), Nitra Region (48), and Žilina Region (41); while the least were in Trenčín Region (10).

Ghannamová said that the stance towards such children, and the proceeding, depends on each region. Some places, they stay in the hospital until the interaction with future adoptive parents begins, in others the contact takes place in foster families; while elsewhere, they are not allowed at all within the deadline in which a mother can still re-consider her decision to abandon the baby.

The time from the beginning of interaction until the preliminary approval by a judge for pre-adoption care differs depending on individual regions, too: from two days to quite a long time (in Košice Region).

Ghannamová says it would be interesting to know the reasons why mothers decide to abandon their children, but currently, there is no feedback on this. Chance for the Unwanted has prepared a questionnaire that would be given by nurses to women, asking them for the reasons for their decision; and they want to be required in practice – to offer insight and help prevent the main and most frequent reasons of children being abandoned.