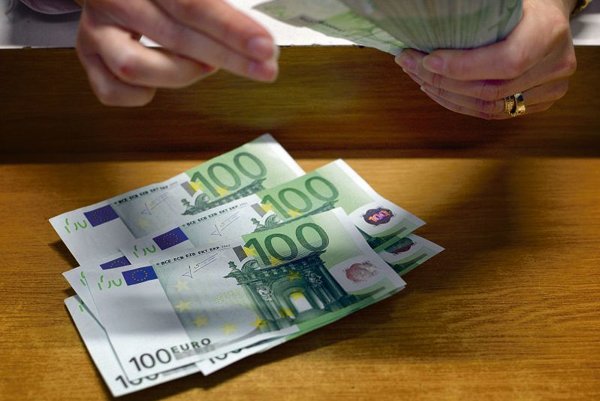 THE LATE-2014 scandal over an overpriced computed tomography scanner forced changes to public procurement laws. Since the beginning of March, the changes are meant to ban companies with unclear ownership or those owned by public officials from taking part in public procurements and also liberalise purchasing associated with the Slovak Presidency of the Council of the European Union (EU) in 2016.

Though opposition parties as well as law experts have criticised the amendments, Prime Minister Robert Fico and his Smer party used their outright majority in parliament to overrule President Andrej Kiska’s veto and adopted the bill in late January. “It is better to have such a law than to have nothing,” Fico said, as quoted by the TASR newswire.

Opposition parties Most-Híd and Sieť perceive the new legislation as just a marketing solution by the Smer government and that it does not force firms to reveal the ultimate recipient of profits in practically any shell firm.

“The official point of the amendment – to exclude firms with unknown ownership from public procurement – remained on paper and in reality it will fail,” MP Miroslav Beblavý of the Sieť party, told The Slovak Spectator. The law bans companies that have residence in a country with laws that do not require the disclosure of all owners with a 10 percent or more share in a company from bidding on public contracts. It also places limits on companies in which public officials have a 10 percent stake or more. An exception is made for limited liability companies listed on stock exchanges in the EU, the European Economic Area or an OECD country. At the last minute the government also added an amendment that streamlines purchasing made in preparation for the EU Council presidency in the latter half of 2016, changes critics fear are open to abuse.

“Such a legislative approach is not correct,” said Leontiev.

Peter Kunder, an expert on public procurement from the non-governmental organisation Fair-Play Alliance, said that the rules can be easily bypassed and that companies with dummy owners can still operate.

“It was only about passing the exception [for the EU presidency] and political PR,” Kunder told The Slovak Spectator. The government sought simplified processes to make purchases for the Council presidency, he added.

Leontiev added he believes the change will not decrease the risks of corruption and non-transparent spending of public resources.

“All goods and services should and could be purchased through the standard methods of public procurement,” said Leontiev. “There has been plenty of time to prepare for this situation.”

In January, Beblavý and MEP Lucia Žitňanská from Most-Híd presented their own proposals to change procurement laws. They proposed a registry of final beneficiaries at a meeting with officials from the Office for Public Procurement (ÚVO).

The registry would be used in all cases of state spending including public procurement, sales and rental of state property, investment subsidies and incentives, EU funding and in handling of public resources in health insurance.

ÚVO should submit the bill on registry of final beneficiaries by the end of March.

But Beblavý and Žitňanská point out that the bill does not apply to handling with all public funds.

“The office has been developing the registry of final benefit users only for the purpose of public procurement,” said Žitňanská during a press conference she held with Beblavý on March 5, as cited by TASR, adding that the ruling Smer does not want to prepare a comprehensive law.

The law has to show the definitive recipient of benefits, offer a means to adjudicate doubtful cases and also offer public control, Gabriel Gilányi, spokesman for Most-Híd, told The Slovak Spectator.

“Public control would not be left only to politicians and their nominees,” he said.

Leontiev agrees that the registry would enhance public control, if it is accessible for all.

The public registry will be managed by the National Bank of Slovakia (NBS), according to the amendment. Gilányi of Most-Híd points out that extending of scope of NBS must be cleared by the European Central Bank (ECB).

Experts from the Fair-Play Alliance think that the registry will do little to solve major issues.

Beblavý perceives the establishment of the registry as a partial step. The real change will come with a new law on public procurement which will change the current system so that it stops being complicated, pretend competition.

Kunder has suggested that future changes must define shell firms in a meaningful way and initiate effective steps to increase their transaction costs.

According to Leontiev, it is essential to choose the way that does not discriminate any legal forms acknowledged in other EU countries and requires consistent disclosure of ownership structure as the requirement to be eligible for public contracts.

He sees a possibility in extending laws that target money laundering to public procurement.

“It has a foothold in European public procurement law,” Leontiev said.