SND celebrates 95 with a commemorative exhibition

THE SLOVAK National Theatre celebrates its 95th anniversary in March. To commemorate it, the exhibition called opäťminútsto (Hundred in Five Minutes) opened in the Exhibition Hall of the new SND building in Pribinova 17 in Bratislava. 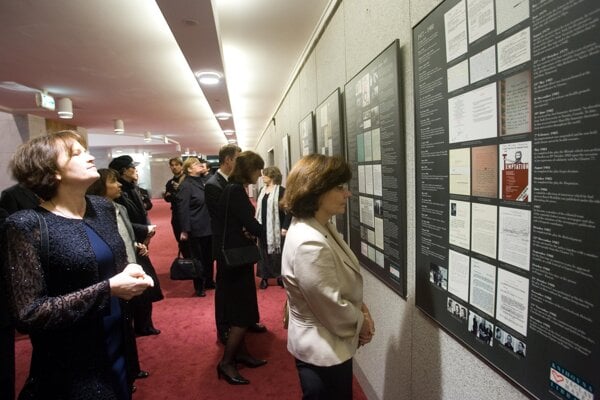 The representative collection shows crucial performances, personalities and events of all three departments – drama, opera and ballet – in the period cultural and social context.

The theatre’s operation started on March 1, 1920, with the premiere of Czech opera Hubička / The Kiss by Bedřich Smetana. This was no coincidence, as Czech artists were the pillars of the SND’s beginnings. The fundament of Slovakia’s “stage No 1” was the Eastern-Czech Theatre Company led by Bedřich Jeřábek. He became the first head of SND and the initial ensemble was in fact an enclave of Czech professional performers in the Slovak capital.

“This was caused by the fact that in Slovak society, there was a positive stance towards amateur theatre, it was tolerated,” one of the curators, Martin Timko of the Theatre Institute, explained for the TASR newswire. “However, professional theatre was perceived negatively. It was risky to make one’s living as a “comedian”, even morally unacceptable. If Slovak professional theatre has to exist only based on Slovak theatre-makers its appearance would be postponed maybe by several decades,” Timko added.

The exhibition, also curated by his colleagues Katarína Kunová and Zuzana Nemcová, can be seen around the time of performances in the new SND until the end of theatre season, June 30.