THE STATE'S  Statistics Office (ŠÚ) is being asked to return millions of euros in European Union funds that they have already spent and some are facing facing criminal prosecution for a flawed tender. 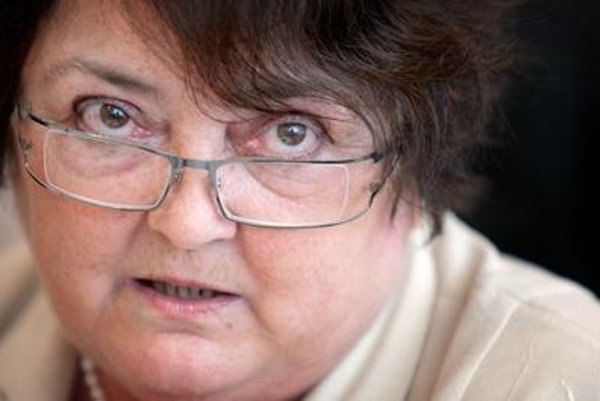 The ŠÚ recently reconstructed its website as part of a €22-million project co-financed from EU funds. European Commission auditors, however, found flaws in the tender rules and in consequence the Finance Ministry has already called on the statisticians to return more than €5 million which they claim was spent in ways irrelevant to the project. The ŠÚ refuses to pay back the money and denies wrongdoing.

The public-service RTVS has repeatedly pointed to flaws discovered by the EC auditors in a number of tenders for projects co-financed from EU funds in Slovakia, using the example of the ŠÚ’s Electronic Services project. The project was realised in the previous programme period between August 2010 and November 2013 and is worth €19.4 million excluding VAT (more than €22 million altogether), out of which €18.3 million was paid from EU funds and the rest was financed from the ŠÚ’s own budget, according to the ŠÚ website.

The project involved, among other things, creating a new website or the introduction of a new vote-counting system. The ŠÚ argues that the Government’s Office’s auditors haven’t found any flaws in their tender, and has published several audit reports to that end.

Those governmental audits drew EC criticisms a year ago. The RTVS broke the story in May 2014, citing an EC audit report from March of that year in which the EC criticised the Slovak government concerning the auditing of projects financed from EU funds and threatened to suspend billions of euros of funding as a result. EC auditors found serious flaws that Slovak auditors overlooked, according to the report. The flaws included, for instance, tailoring the conditions of tenders to suit predetermined candidates, selecting a winner who did not fulfil the conditions of the tender, or dividing a purchase into two smaller parts that do not require a tender at all.

EC cites too many tender restrictions

In the case of the ŠÚ, the European auditors pointed to mistakes in competition rules which could be beneficial for one specific participant. The Statistics Office only considered companies with an annual turnover of €20 million or experts with individual publication activities for the website tender.

The Finance Ministry has performed an audit at the ministry following the EC report, and confirmed that mistakes were made.

“The re-audit agrees with the conclusion of the Commission regarding the over-restrictively set conditions for the participation in the public procurement,” Finance Ministry’s spokeswoman Alexandra Gogová told the RTVS.

The Finance Ministry requested the ŠÚ to return part of the project funds, €5.39 million, which according to ŠÚ  head Ľudmila Benkovičová equals to one third of the office’s annual budget. There is no way they would be able to pay it back within 50 days as requested by the ministry, she said.

The ŠÚ insists that they have all the right to keep the money, as the office did not violate the public procurement rules in 2010, when the project was launched. Benkovičová claims that this was confirmed by the auditors of the Government’s Office, which oversees the respective operational programme for drawing EU funds. In addition, the ŠÚ claims, there were other nine audits over the duration of the project between August 2010 and November 2013, none of which found violations of any laws.

The ŠÚ also charged that the findings of the Finance Ministry’s re-audit applied also to other similar monitored projects, and that the ministry found flaws because their auditors applied the laws valid in 2013 to projects from 2010, when the legislative situation was different. The office called this “an unacceptable principle of retroactivity and introduction of legal insecurity”.

“I don’t know how a state institution should proceed if it gets a proceeding approved at one point, it is signed, it is stamped, and now all of a sudden, with a time shift of five years, we return somewhere to find that there was a mistake that was in all 16 projects,” Benkovičová told the March 17 press conference as quoted by the TASR newswire, and repeatedly suggested that it was the Government’s Office that caused the flaws.

To prove their point, the statisticians requested a parliamentary inspection of the project on March 17.

Meanwhile, police investigators have appeared at the ŠÚ and face charges of violating the duties of public officials in the administration of public property, RTVS reported on March 13.

“The National Criminal Agency continues the investigation of the particularly grave crime of violating the duties while administering others’ property,” Police Presidium spokesman Michal Slivka said as quoted by RTVS, adding that several persons from the office have been heard by the police and nobody has been charged yet.

The Statistics Office case has sparked a debate about personal responsibility of public officials for flawed tenders that result in Slovakia’s losing money from EU funds. RTVS addressed several government ministers, all of whom said they believed concrete persons should bear responsibility for such issues.

In the case of ŠÚ, however, it is not clear who should bear the responsibility. Ľubomír Vážny, the deputy prime minister responsible for EU funds, told RTVS that the cabinet will handle the issue after the proceedings are finished.

“The Statistics Office did not have the possibility to have its say yet,” he told RTVS.

The daily Denník N pointed out possible connection between the winning bidder in the web site tender and ŠÚ officials. Slovak Telekom a Microcomp Computersystém won the competition among five firms. The head of the ŠÚ IT section, Štefan Tóth, previously worked for the firm Vidos with Vojtech Lukács of Microcomp Computersystém, between 1990 and 1992. Benkovičová told Denník N that she does not know about any personal connection between Statistics Office employees and the winning firm. Tóth did not answer a question on his personal connection.