THE PUBLIC-service broadcaster RTVS marks the 30th anniversary of the launch of radio broadcast in the upside-down pyramid as this peculiar building is known. 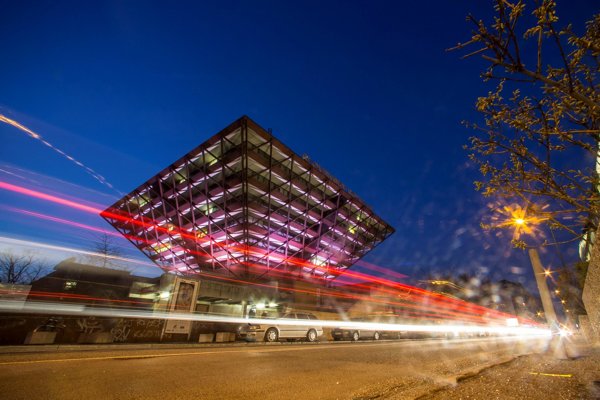 The regular radio broadcast from it was launched on March 27, 1985. RTVS has organised on this occasion concerts, an exhibition about the history and interesting features of the building as well as illumination of the building to highlight its unusual architecture.

“We will illuminate the building … in order to underline its attractiveness, uniqueness and as one of the dominating features of Bratislava,“ Vincent Štofaník, director of programme services at RTVS told the SITA newswire. The building will be illuminated daily between 18:00 and 24:00 until March 26. 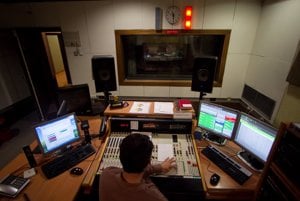 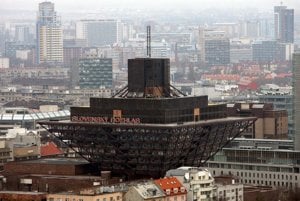 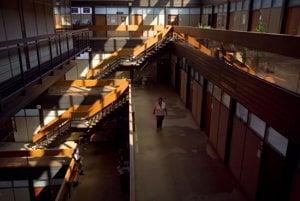 The aim of the RTVS management is to join the radio’s headquarters into the life in the capital that began already last year when a garden on a roof of the building turned into a Christmas market.

This distinctive building, which used to be the headquarters of Slovak Radio (which later merged with Slovak Television to create RTVS) was designed by Štefan Svetko (and others), a key personality of Slovak architecture of the 20th and 21st centuries and built between 1963-1985. Ironically, Svetko was not invited to the official opening of his building due to his critical opinions of the communist regime.

The structure of one of the first steel buildings in Slovakia, reaching 61 metres into the Bratislava sky, with an antenna adding a further 19 metres. It contains generous inner spaces, including an excellent concert hall, with one of the biggest organs in Slovakia, and recording studios. Several radio stations continue to broadcast from the building.