THE BRATISLAVA bankruptcy court started dealing with the property of the already sentenced members of the Piťovci organised crime group, which should be forfeited to the state. 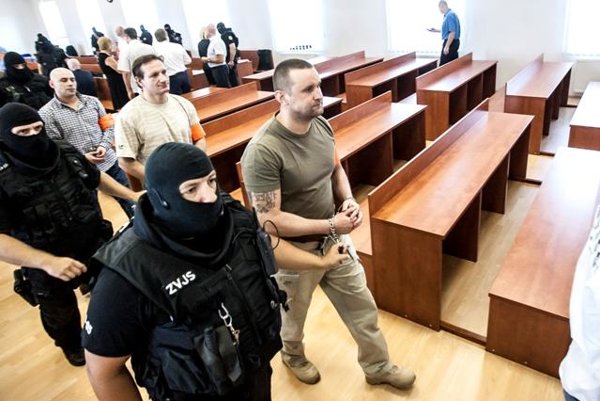 However, it is not clear how much the state will get, the Sme daily reported in its March 24 issue.

The Supreme Court ruled on the property confiscation of head of the Piťovci group Juraj Ondrejčák and his nine accomplices in November 2014 when it sent them to prison for being members of the organised crime group. The law stipulates that the one entitled to execute the sentence is the bankruptcy court.

“We confirm that the court received the copy of the Specialised Criminal Court in the case of accused Juraj Ondrejčák and company, containing the punishment of confiscating the property of all 10 accused,” court’s spokesperson Pavol Adamčiak told Sme.

Except for Adamčiak, also his adjutant Matej Šalaga, known as Gaťa, and another influential member of the group Miroslav Abrahám, nicknamed Floxňa, will see their property being forfeited. The Specialised Criminal Court issued the decision on seizure of the property already in May 2014 when it passed the initial ruling. It also banned the accused men from handling it. The court, however, did not specify the property they own in the ruling, Sme wrote.

The bankruptcy court will now appoint the trustee in bankruptcy who can begin writing up the properties. It could not start earlier as it was waiting for the Supreme Court ruling.

Ondrejčák, who was sentenced to 16 years in prison, owns several buildings and luxurious cars. He also owns one half of a guarded villa in Bratislava’s Lamač district together with his ex-wife, and luxurious Bentley and Mercedes type G cars, Sme wrote.

Moreover, he also had historical army vehicles like the Dodge WC57 from 1943, Jeep Willys MB from 1962, several all terrain vehicles, and also land in Donovaly, as reported by the Plus 7 Dní weekly.

The bankruptcy proceeding on his property has not started yet.

The final sum the state will get from the confiscated property will depend on the result of the bankruptcy proceedings. The situation may become complicated if puppet creditors with fictive claims will ask for money, Sme wrote.