THE INTERIOR Ministry will launch the long-expected competition to buy new guns for the armed forces amounting to some €34 million. 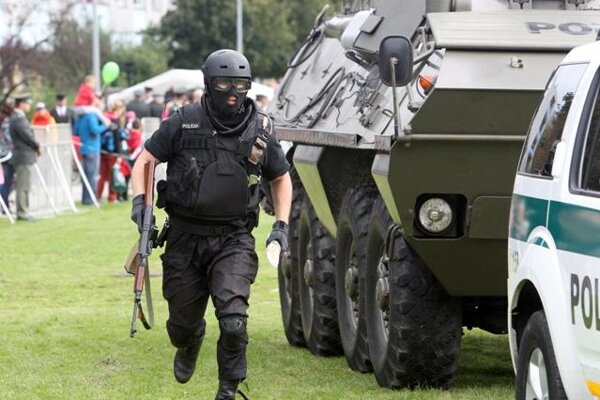 This will include police officers, soldiers, members of the prison and judicial guard, members of the criminal department of the Financial Administration and customs officers, the ministry specified, as reported by the SITA newswire.

The police have been awaiting the rearmament for long. The plan is to exchange the weapons of every police officer. The new guns should have unified 9 mm Luger calibre. Currently, the police are using Makarov 9x18 mm handguns which were introduced in 1992, SITA wrote.

The Interior Ministry originally planned to buy the guns together with the Defence Ministry as it can buy the handguns from Česká Zbrojovka Uherský Brod armament firm directly, based on the agreement signed between Slovakia and the Czech Republic last summer.

“The public procurement of a higher number of weapons for several forces may (or does not have to) generate a lower price, which is the essence of the public competition,” Interior Ministry spokesperson Ivan Netík said, as quoted by SITA, when explaining the plan.

The competition will have two parts. The first concerns riot guns. The main criteria for the purchase should be low weight, simple operation, maximum service life, and reliability. The cost of the order should be €15.2 million. The second concerns the service pistols which will be ordered in three size variants: standard, compact and sub-compact. The cost of the order is €18.9 million, SITA wrote.

The Interior Ministry has already started with rearming its special police units. In the end of the year it ordered 430 new submachine guns type B&T. They also have 9 mm Luger calibre, SITA wrote.