STATE-owned railway carrier ZSSK will cut the number of InterCity (IC) trains on the Bratislava-Žilina-Košice route from the current 41 to 25 in response to what ZSSK calls a price war launched by private carrier RegioJet, TASR reported on March 24. 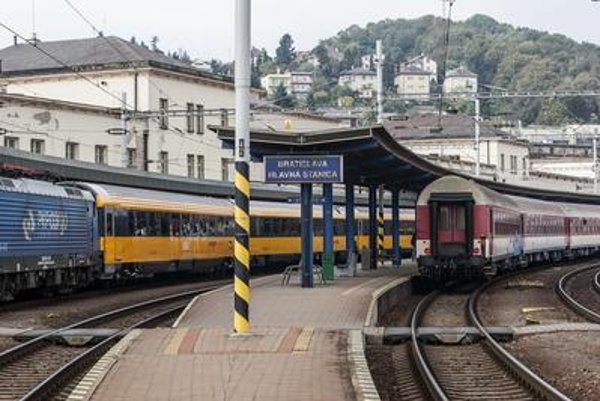 “It’s pointless to wage a war where victory is not possible,” said ZSSK General Director Pavol Gábor, as quoted by TASR.

Speaking at a press conference, Gábor said that it is not possible to compete with a company that offers transport at half of the real costs. Gábor sees RegioJet fares as part of a price dumping strategy, pointing out that RegioJet fares for 100-kilometre long route cost passengers one-third or even half that charged by the same company on the Bratislava-Komárno route of similar length, where the service is funded by the state but operated exclusively by RegioJet.

The motive of such behaviour – which Gábor called economic suicide  – is all about the destruction of competitor, to be followed by a domination of the market and subsequent hikes in fares.

“The dumping prices follow only a single goal - the takeover of the clients of the competition,” Gábor said, as quoted by TASR. “ZSSK can’t behave irrationally, however. It can’t participate in the price war. ”

Despite innovative services that customers can use since December 2014, ZSSK is losing passengers. In January, the carrier recorded a drop in passengers on IC trains by 28 percent, February by 25 percent and by 15 percent in March.

“We’ll cancel the IC trains that see the biggest loss ... This represents a very grave decision for us because IC trains have been a flagship of our company long term,” Gabor said, as quoted by TASR.

RegioJet officials deny the price dumping allegations. State IC trains operated at a loss long before the coming of RegioJet trains and the state managed to “cannibalise” them by offering free of charge transport for students and pensioners on regular trains, according to RegioJet spokesman Tomáš Bořuta.

“RegioJet has not started a price war,” Bořuta said, as quoted by TASR. “On the contrary, all discounts and advantage fares are offered to passengers only to be able to keep pace with ZSSK.”