More changes to drive pension savings back to state system

PARLIAMENT'S Social Committee has a proposed a last minute amendment to a pension reform bill that is designed to further penalise low income savers who opt to divert part of their savings from the state system into a private pension fund. 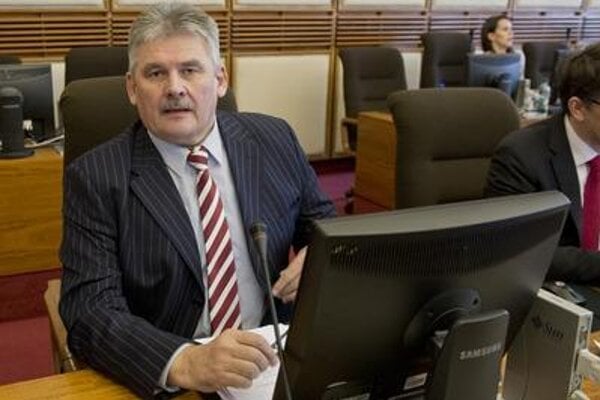 After parliament advanced a draft bill on social insurance to the second reading on March 17, the committee adopted a revision that reduces the minimum pension for savers in the second pillar on March 24. The change will still need approval from  the full parliament, but appears likely given Smer's outright majority.

“It has caught them that they had not thought properly the relation of two things, which come in useful for them: running off people from the second pillar and the minimum pension,” said opposition MP Miroslav Beblavý said as cited by the Denník N daily.

Based on the original bill, the social security provider Sociálna Poisťovňa will pay the minimum pension to everyone who has worked and paid old-age pension insurance for at least 30 years when they reach  retirement age. The minimum guaranteed pension is proposed to be 136 percent of the subsistence level and thus the lowest minimum pension in today's terms would be €269.50 per month.

“We think that this is a fair principle,” said Ján Podmanický from Smer, the chairman of the committee as well as the author of the amendment.

“Not only the amendment is dramatically bad towards savers in the second pillar, it is also clearly directed to getting people out of the second pillar,” said Jozef Mihál, deputy for the Freedom and Solidarity (SaS) party and the former labour minister as cited by TASR. “It is totally unfair.”

Ľudovít Kaník, deputy for the Slovak Democratic and Christian Union (SDKÚ) and former labour minister who introduced the second pillar, joined the criticism. According to him, the current government puts the pension scheme into the position in which the first and second pillar compete rather than complement one another.

Current Labour Minister Ján Richter supports the Podmanický’s amendment and admitted that it was prepared in cooperation with his ministry.  He said the original bill includes a sense of moral hazard.

“The moral hazard lays in the fact that savers in the second pillar can without any concerns invest [their savings in the second pillar] in a risky way because potential losses would be compensated by the state minimum pension,” said Richter before the parliamentary committee adopted the amendment as cited by the Pravda daily.

As of March 15, those unhappy with their returns in the second, private, pension pillar have the option of redirecting their money to the public pay-as-you-go pillar. Savers have three months to decide. This is the fourth time the second pillar has been reopened since it was created in 2005.

Fico argues that most who are saving in the second pillar are actually at a disadvantage.

“We’re also aware of the fact that there are still hundreds of thousands of people that have no chance of having a higher pension from the first and second pillar than what they would get if they stayed only in the first one – either due to their age and/or due to having no salary,” Fico said as cited by TASR in early February.

He welcomed the passage of the revision calling the returns for those saving in the second pillar for the past 10 years as calculated by insurance companies are “ridiculously small”.

For the time being nearly 1.5 million Slovaks, who allocate 4 percent of their gross wage into the second pension pillar, have saved about €6.6 billion in total.