GLOBSEC will focus on Ukraine and Islamic State

THE SITUATION in Ukraine, the West’s reaction to Russia, the threat represented by the Islamic State and the possibility of terrorist attacks in Europe will be the main topics of the 10th annual security conference GLOBSEC in Bratislava set for June 19-21. 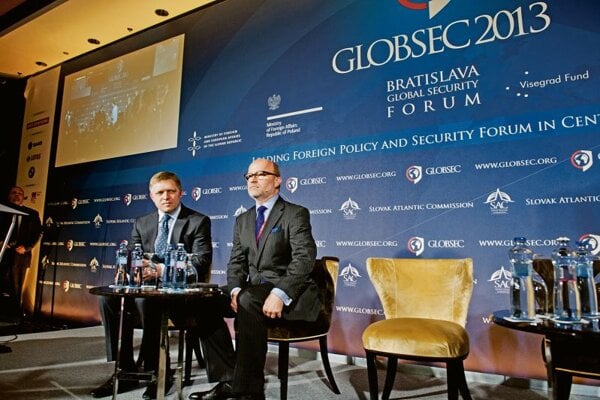 Participants will also present their views on the transformation of NATO ahead of the 2016 summit in Warsaw and the future of the European Union as a global player. It is expected that the jubilee edition will feature the highest number of presidents, prime ministers and foreign affairs ministers in the history of the security conference, the TASR newswire reported.

Among the new features of this year’s edition will be GLOBSEC City Talks not only in Bratislava, but also in Banská Bystrica and Košice.

The GLOBSEC security conference is organised by the Slovak Atlantic Commission headed by Robert Vass.

“We have demonstrated over the past ten years that Slovakia can play a significant role in international relations,” Vass said, as quoted by TASR. “We want to show that via cooperation of non-governmental organisations and state institutions, mainly the foreign affairs ministry, we are able to make Slovakia’s voice louder and to become part of decision-making processes.”

Slovakia has got onto the map of partners who want to contribute towards tackling serious problems, he added.

“At the same time I’m proud that this team of young people, often without claiming for remuneration, has managed from scratch to build a brand that is now being compared to the best ones worldwide,” Vass said, as quoted by TASR.