A GROUP of researchers from the Comenius University (UK) can, with high probability, predict which forms of breast cancer or its grades of aggressiveness can occur. 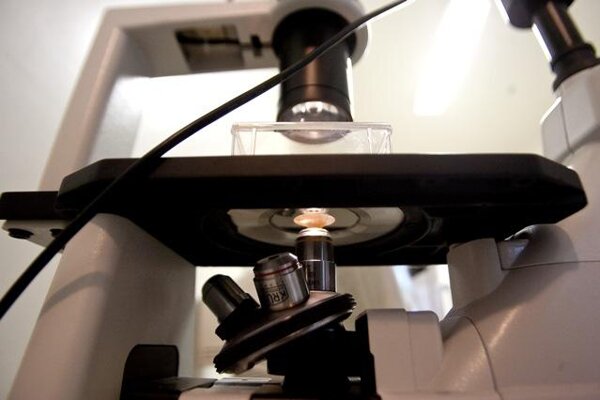 The tissue of women’s breasts, which can look healthy, may contain the already activated genes which may then result in cancer. With such revelations the researchers from the Jessenius Faculty of Medicine in Martin, which is part of the UK, significantly contributed to the finding that the tissue of women’s breasts, later called malignant, has so-called tumour-specific genes encoded in it, the TASR newswire reported.

“Their presence and excessively increased activity tells us that the tissue or ‘protuberance’ in the breast is molecularly malignant, though it does not show any malignant signs under the microscope,” said Pavol Žúbor, head of the team, as quoted by TASR.

Another important revelation is that the individual kinds of breast cancer are results of specific gene modifications and have their individual biological characteristics. Based on this the researchers can predict the type of breast cancer or the degrees of aggressiveness. They can also set the specific forms of treatment, as well as prevention of the disease.

“Part of the results of research oriented in this way has already been used in practice,” Žúbor said, as quoted by TASR. “There is also specific diagnostic equipment to reveal them.”

The revelations are part of the long-term and extensive research of breast cancer started in 2005. One of the unique findings is also the evaluation of how the so-called tumour-specific genes in cases of the development of breast cancer of pregnant women and in case of a low risk of congenital genetic disorders influenced by lifestyle and environmental factors, TASR wrote.