More firearms in Slovakia, but used in fewer crimes

LAST year Slovaks owned a record number of firearms, but gun related crimes occur about half as often as they did a decade ago. 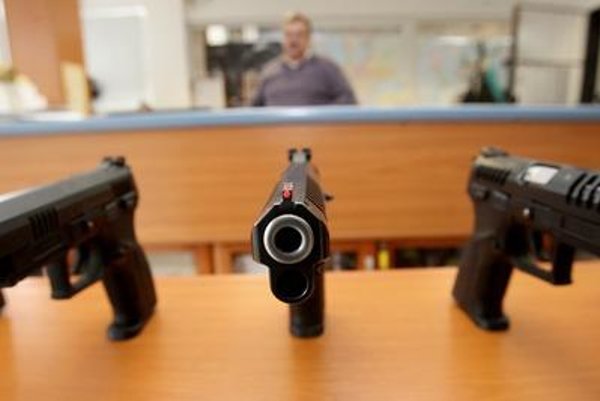 Despite the violence in neighbouring Ukraine and the terrorist threat posed by the Islamic State, the country's record number of firearms – more than 277,000 – is not related to growing fear related to such geopolitical issues, experts say.

“To secure a firearm legally if you are not a gun-licence holder means months of efforts for getting it, and hundreds of euros in costs,” Ľudovít Miklánek of the association of firearms owners Legis Telum told the Sme daily.

To be willing to invest all the effort and money for a firearm for personal defence, one has to feel directly threatened, he added. “This stems rather from socio-economic situation directly in the place where a person lives than form any foreign televised news,” Miklánek opined.

The conflict in Ukraine may impact the number of illegal firearms in Slovakia, he added.

“Just as it happened during the civil war in Yugoslavia, a huge number of military arms were released among population; and this will probably happen also in Ukraine,” he said, adding that  firearms then end up on black market and get also to the Slovak territory. Such weapons tend to be used by criminal gangs rather than ordinary citizens.

A person who says that fear for their personal security as motivation for a gun license is a rarity, psychologist Jaromíra Fodorová told the daily.

“Our clients are mostly hunters, former armed forces officials who need a gun for work, those interested in historical arms and businesspeople who carry a lot of cash on them,” she said.

The statistics showing a record number of firearms may be misleading, as it includes also individual barrels and lockworks which also have to be registered. And although the number more than 277,000 is record, the number of people possessing firearms has been declining in recent years. Last year, it fell below 150,000, the lowest since 2008.

Interest in guns has grown since the fall of the communist regime – which strictly regulated the number of guns owned by civilians. Both Miklánek and Fodorová agree that increased interest in sport shooting after the success achieved by Slovak athletes, and the interest in history and historical arms is also on the rise.

“The interest in guns is sometimes incited also by politicians,” Miklánek opines, explaining that when then interior minister Daniel Lipšic said the Model 58 machine gun will be banned after it was used in the shooting spree in Devínska Nová Ves (leaving eight people, including the shooter, dead), this spurred a growth in purchases.

“When a politicians says he plans to ban something, people start buying it,”  Miklánek said.

A large number of guns might not be the gravest problem, but rather ensuring  more effective checks on those who posses them. The gun owners themselves have been pointing for years to the fact that before getting a driving licence, you have to prove you are able to drive. This  is not true about firearms.

Some even suggest that an obligatory course teaching people how to use a gun might be preferred to blanket psychological tests.

The recent case of ex-MP and Smer official Vladimír Jánoš shows another problem: even after he allegedly threatened his wife with shooting and after she reported it with police, he was allowed to keep the weapon, as she recalled her suit the next day (allegedly after more threats). He could officially keep his guns until recently, when the case was widely publicised.

Slovakia is among countries with the lowest number of legally owned firearms in global charts  with its 8.3 firearms per 100 inhabitants. This is far behind European record-holder Switzerland, but also behind other countries like France, Germany, Austria and the Czech Republic. The United States is the global leader with 90 guns per 100 inhabitants.