THE OPPOSITION Christian Democratic Movement (KDH) and Alojz Hlina’s party Citizens are holding talks on cooperation that would last for nine months and end three months before the general election set for March 2016. 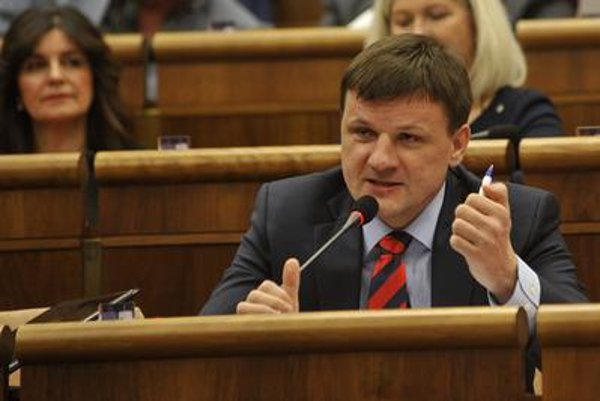 If both parties are satisfied with their cooperation, they can extend it to the general election, KDH caucus leader Pavol Abrhan and Hlina announced at a press conference on March 25.

The agreement should also stipulate what Hlina will do if KDH enters a governing coalition with the ruling Smer party. Hlina said indirectly that cooperation with Smer is unacceptable for him.

Hlina did not rule out the possibility that he might appear on KDH’s election slate. “But it isn’t only about this, it’s also about what you want to bring for the public, and that’s what I find missing in our politics,” said Hlina as quoted by the TASR newswire, adding that his party will not go into the election race alone.

“We don't have many options for cooperation,” he said in reference to his small party which was registered last autumn.

“Even if it does not go well, we will not make a reversal in our values,” Hlina stressed, according to the SITA newswire. “KDH has been here for 25 years, so you know what they will do tomorrow or next week. We want to bring a new element into the cooperation which will have synergic effect. After Easter, the agreement on cooperation will be signed.”

When asked whether he would also consider cooperating with Freedom and Solidarity (SaS), Ordinary People (OĽaNO - which brought him into parliament) and NOVA -- parties that joined forces with Hlina to put public pressure on former parliamentary chairman Pavol Paška to resign in November, calling themselves “the young guns” -- Hlina said: “The young guns are over; I'm a friend of more lasting solutions.”