Bratislava students danced to celebrate the Month of Francophony

MONTH of Francophony is celebrated in March, and this language, one of the crucial ones at international institutions, is commemorated by film festivals, song and linguistic competitions, libraries, readings, and other events. 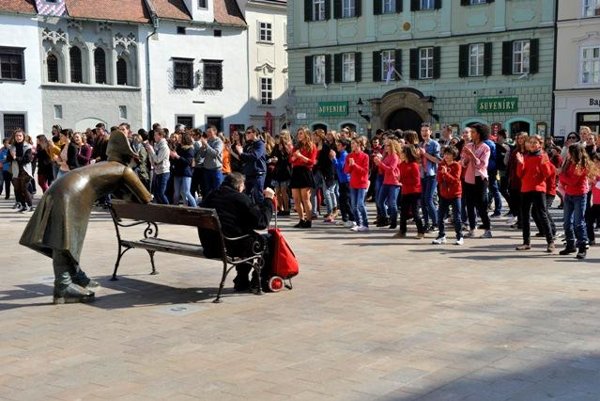 In Bratislava, almost 200 students, both locals and from Breton. danced to the popular song by Belgian composer/singer Stromae, called Papoutai. This was their contribution to the celebrations.

“Apart from 120 students of the Bilingual secondary school in Metodova Street in Bratislava, also about 50 students from French School danced, joined by the French lyceum in Breton who are here for one-week exchange stay,” co-organised of the event, Zuzana Hianiková, said for the TASR newswire.

The students said that they were a bit shy, especially those in front rows, but they had a great time and lot of fun, too. 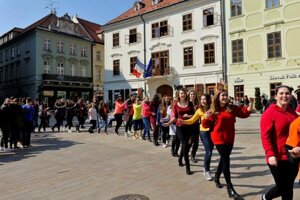 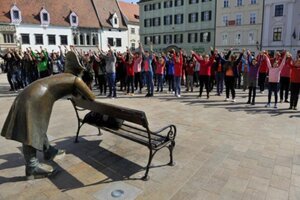 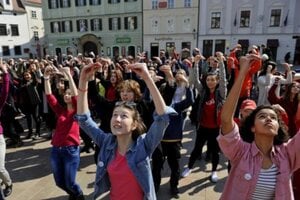 The event that took place on March 20 in the capital’s Main Square was supported by the French Embassy to Slovakia, and it was part of month-long events hailing the Month of Francohpony, including the Crème de la crème film festival, song contest I Sing in French, and the Francophone market in Old Market-hall in Bratislava on March 21.

Other Francophone events also take place in Košice, Banská Bystrica and elsewhere. They celebrate not just the French language, but also the linguistic and cultural diversity more in general, hailing the solidarity and dialogue among cultures.