SLOVAKIA may lose Adam Žampa, a winner of several medals who also placed fifth and sixth at the Sochi Olympics in 2014. 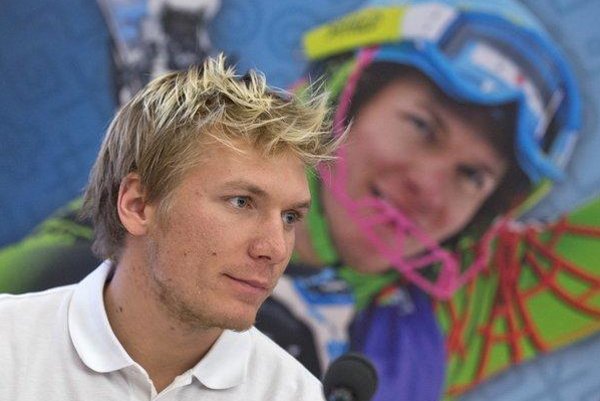 Žampa has recently expressed his will to leave the Slovak national team and rumours have it that he will compete for Russia.

Meanwhile, the government has interfered into the dispute, with Education Minister Juraj Draxler sending an inspection to the Slovak Skiing Association (SLA).

The main reason for departure expressed by Žampa is the lack of financial support from the SLA, with him explaining that he races almost solely thanks to the resources of his parents and sponsors, the SITA newswire wrote on March 21.

“In Slovakia, you can get to a certain level in sport, but alas, my acquaintances, family friends and especially parents cannot secure this forever (mainly financially),” Adam Žampa wrote on Facebook. “I want to personally progress, move forward in my career, and, unfortunately, this is not possible in Slovakia. There will certainly be people who will understand this – but also those who will be against.”

Žampa and his brother Andreas may represent Russia, their father and coach Tomáš Žampa confirmed to the Pravda daily.

“The first offer came from Russia after last year’s Olympic Games in Sochi,” he told the daily. “At the time we stayed on top of things. Slovak functionaries assured us they will create quality conditions for preparation for us. The promises now came to pass, and the reality is different.”

The Russian functionaries reportedly offered them high-quality conditions for preparation in order to achieve the best results possible and further progress until the 2018 Olympic Games. Moreover, they will have a coach, assistant coach, serviceman, personal trainer, physiotherapist, as well as a doctor and psychologist. Russia should also finance all of the preparation, TASR wrote.

Žampa, apart from the Olympic placing, has recorded several good results, including his best finish this season in the slalom World Cup in Kranjska Gora where he ended up 14th; in the Alpine combination on Kitzbuehel, he placed seventh.

Tomáš Žampa addressed the Slovak Olympic Committee (SOV) with a letter describing the unbearable situation surrounding the financing and fundraising for the sport careers of skiers, the TASR newswire wrote. He outlined the situation and asked the committee for permission to compete for another national team, but without specifying which country.

SOV reacted by stating that it does not owe any money to the Žampas and Adam Žampa even gets a special bonus of $1,500 a month, TASR wrote on March 21.

However, Tomáš Žampa stressed that the financial situation is just one reason to leave Slovak sports; other ones are poor communication of the sport associations and a split within the Alpine section of the SLA, when he became the head of the leadership after an assembly recalled the previous one – which, however, refused to step down.

Meanwhile, also Adam Žampa commented on the situation, saying head of the Alpine section of the SLA Marino Mersich allegedly misinterpreted the real reasons, as reported by SITA.

He offered three additional solutions to the current situation. First is his departure to Russia, for which, however, he needs an approval of the SLA. Second is the creation of a representation team with professional staff who would care about the team like in other teams abroad.

“This solution, however, needs an experienced person from abroad who will be impartial and will show Slovaks how it should work,” Žampa said, as quoted by SITA. He however does not see this alternative realistic due to subsidies from the SLA.

The third solution is an agreement between him, the SLA and the Russians that he would still represent Slovakia, but would train with the Russian team. There he would have his own serviceman and physiotherapist paid for by the SLA. Such a solution would bring lower costs for both the SLA and Russia, he added, as reported by SITA.

Meanwhile, Education Minister Draxler decided that the inspectors will soon go to the SLA and check the management of finances that the ministry sends there.

“Regardless of this case [the dispute between the SLA and Žampa brothers over financing] it needs to be said that the system of financing the sport is not set correctly, and so it is necessary to change the rules in order to make financing more transparent,” Draxler said, as quoted by TASR.

Some improvements may come also after adopting a new law on sports the ministry is currently preparing, Draxler added.

The SLA welcomed the planned inspection, saying it will help the public learn more about the system for financing the association, and also stop the misleading information about financing of the individual spheres and skiers, head of the SLA František Repka said, as reported by TASR.

Except for Draxler, also Prime Minister Robert Fico interfered into the dispute. He met with Tomáš Žampa on March 24 and discussed the situation in the SLA and Adam Žampa’s future, the Denník N daily reported on its website.

“The PM feels sorry about the departure of the skier, and I feel sorry too,” Tomáš Žampa told Denník N. “We will work on creating conditions for Adam.”

Žampa is not the only skier who has considered leaving Slovakia. Back in March 2012 also Veronika Velez-Zuzulová said she may represent another country.

“We have two possibilities – either to end with skiing, or leaving,” her father and coach Timotej Zuzula told the press back in 2012, as quoted by TASR.

The reason was also problems with the SLA, with Velez-Zuzulová’s team saying that she did not have sufficient conditions to achieve success. At the time she was receiving €10,000 from the SLA, with the rest being paid by sponsors, TASR wrote. However, she remained on the Slovak team.

The Sme daily summed up in an opinion piece that Slovak sports are overshadowed by the situation among various sport associations, unions and committees, which is non-transparent, complex and very hard to solve. None of the governments since Slovakia became independent have managed to bring light into organised sports. Financing is crucial, but lack of communication, non-systemic work and other phenomena contribute, too, to the bad situation. Žampas’ step is only the tip of the iceberg, Sme wrote on March 22.