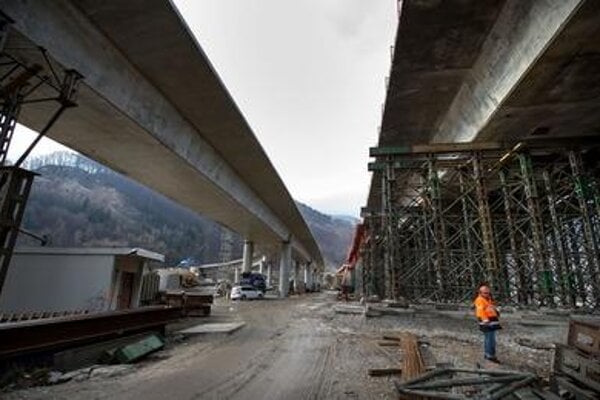 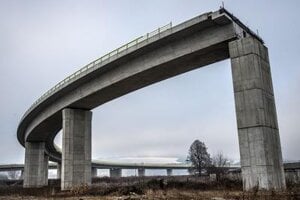 Read also:Váhostav to clear fraction of debt as part of restructuringRead more

“There’s a very serious suspicion that the statutory bodies and potentially the company's owners have committed crimes that involve imprisonment for 10 years,” Lipšic said, as quoted by the TASR newswire. “The situation has been presented massively in the media, so I’m surprised that the law enforcement authorities haven’t acted on their own.”

There is a suspicion that a huge fraud has been committed involving €100 million – which equals the amount that will not be paid to creditors due to the company’s restructuring, Matovič added. A company that is aware that it is unable to pay its liabilities cannot choose which creditors will see their claims settled.

“We’ve got information that Váhostav’s management has been selecting claims that will be settled and those that won’t. The worst card has ended up in the hands of small entrepreneurs,” Matovič said.

Separately, the Christian Democratic Movement (KDH) have also announced that they are filing a complaint with the General Prosecutor’s Office concerning alleged damaging of creditors.

“Váhostav-SK has had public commissions from the state over the long term, with the state paying the company with taxpayers’ money,” noted KDH’s Pavol Zajac.

The extra-parliamentary Sieť (Network) party on the same day proposed that the state should buy up unsettled claims of small entrepreneurs towards the construction company. After compensating small creditors, the state should demand a stake in Váhostav equal to the amount of the claims, suggested Sieť leader Radoslav Procházka, adding that his party wants to speak to all parliamentary parties in order to resolve the situation this way. He also called on lawmakers of the governing Smer party who did not vote for Sieť’s proposal to amend the law on bankruptcy and restructuring to cut their salaries to 15 percent of the norm until Váhostav’s creditors see their claims paid. The remaining 85 percent of their salaries should go to the families of damaged creditors.

Váhostav is planning to pay 15 percent of the money it owes to fellow construction companies and self-employed individuals, which would amount to some €15.7 million. Meanwhile, secured creditors, notably banks, should see their claims settled in full. Totally, Váhostav is set to clear 32.3 percent of its outstanding debt, or €43.9 million, as part of its restructuring. The firm’s total debt stands at over €136 million. It is envisaged that Váhostav will begin to pay off its debt next year.

The opposition claims that the restructuring of the construction company which has won several state commissions appears to have been deliberate in order to allow it to avoid paying its debts vis-a-vis small firms and self-employed individuals.