FEW expected Žilina Faculty Hospital Director Štefan Volák to resign March 21 in the wake of a mass walkout by doctors and nurses, but he did and hospital’s troubles have entered a new phase. 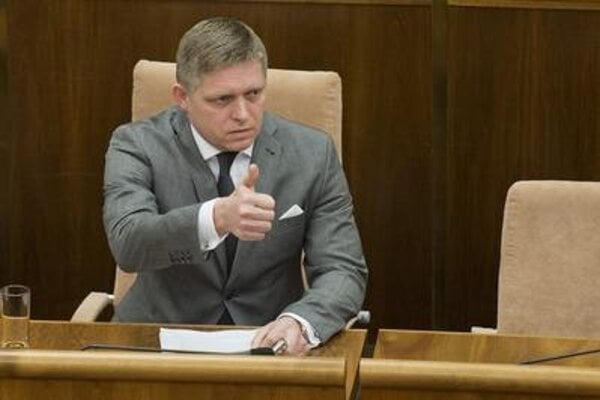 A total of 24 of 25 nurses decided to leave the hospital due to exceeded amount of overtime hours demanding Volák to resign on March 21. They follow 13 doctors at the hospital’s internal medicine ward who had filed their resignations in early March in protest against what they deemed to be cost concerns dictating patient care.

Prime Minister Robert Fico personally engaged in the problem surrounding the hospital and called Health Minister Viliam Čislák to sack the Volák, he said during a March 21 Slovak Radio debate.

Health analysts agree that Fico's statement amounts to little more than populism, but also say it raises concerns about who is really  in charge of state hospitals.

The hospital began making  after 15 of 19 doctors of at the internal medicine department have handed in their notices citing a lack of beds and bad hygienic conditions March 3. Two later recalled their notices.

“There is situation that patients have waiting list for shower and some of them take one at around 3:00,” head of the Doctors’ Trade Union Association (LOZ) Peter Visolajský told the press, as quoted by the SITA newswire. “This department has 96 beds while there is at least 100 patients every day."

Twenty-five nurses opted to leave the hospital on March 21, citing  management’s incompetence and failure to address problems that have been piling up at the hospital for a long time, Slovak Nurses and Midwives Chamber (SKSaPA) head Iveta Lazorová said. The nurses urged the facility’s management to cut their overtime hours and to increase the number of nurses in the intensive care unit – as well as in the hospital as a whole – so that the wards can function properly.

Subsequently Čislák inquired into the situation at the hospital in Žilina, ministry spokeswoman Zuzana Čižmáriková told the TASR newswire on same day.

“He called on the director to assume personal responsibility for the situation that has arisen,” Čižmáriková said, as quoted by TASR. “The director has complied with this call and resigned.”

Despite Volák’s leave, on March 23, another 39 nurses filed their notices in the Žilina hospital, the SITA newswire wrote, including those from emergency and post-surgery wards. Head of the Union of Nurses and Midwives (OZSaPA) Monika Kavecká specified that the reason for the latest notices is the unsure development of the situation in Žilina hospital, as well as a statement from 20 nurses heading wards, who on March 20 supported Porubčanská and who allegedly had kept lying – also to the public – about the real situation in the medical facility.

Mass departures are not the first problem Volák had to face. In January 2013 private broadcaster TV Markíza reported that the hospital ordered a management restructuring plan for €10,000 from the company whose legal representative is Juraj Majer, a boilerman. It also reported that he is the neighbour of Volák.

“In this case we consider the occupation of the authorised representative of the firm [which prepared the plan] to be absolutely irrelevant,” Zuzana Zvolenská who then served as health minister commented the case, as quoted by the Sme daily.

The current problem over nurses and doctors is occurring the year before parliamentary elections. Moreover, health care segment faced series of scandals in 2014 making the public more sensitive to such cases, Szalay commented the fact that Volák was forced to leave after current scandal not the previous one.

“His [Volák] mistake was that he let the situation to reach this state when it draws such media attention,” Szalay said.

When dealing with departures Volák behaved confidently and that his decision was not definitely voluntary, according to political analyst Jan Baránek. He referred on Volák’s statement that if nurses will not change their mind he will close the entire intensive care unit.

Volák’s leave is a message for employees of other hospitals that if they persevere in their efforts and are in media it is not a problem to have the director recalled a year before elections, according to Szalay.

Fico also stressed during the Slovak Radio debate that he had to exert pressure on Čislák and to send him to Žilina. Despite his visit in hospital on March 23 where he personally spoke with hospital employees, 64 nurses and 13 doctors did not recall their resignations.

Volák’s decision to step down does not resolve the problems that patients in the hospital’s internal medicine ward face but does give hope for an improvement in the situation for Žilina hospital’s patients, according to Visolajský.

“The 13 doctors of the internal medicine ward have said that they’ll withdraw their resignations only if the adverse situation of the patients is addressed,” Visolajský said in a press release.

He added that doctors have been pointing to bad conditions in the internal medicine department for four years, problems that were noted by an inspection from the district public health authority and the regional chief public health officer.

Kavecká said that Volák’s leave was necessary but only first step to improve situation in the hospital, according to TASR.

Čislák stated that he needs time to examine the situation because some pieces of information are contradicting one other.

“I need to verify some things to make my decision right and optimal for all employees,” Čislák  said as quoted by SITA,  “I need to find out what the problem is and I will give final information what I am going to realise in this hospital during this week for sure.”

The role of minister

Despite the current tense situation in the sector Fico is not considering the dismissal of Čislák, he said on the sidelines of the government session in Trenčín on March 25.

“We’re all supporting him at the moment, and we strive to create the best conditions possible for him,” said Fico, as quoted by TASR. “Believe me, it isn’t easy to move around these days in Slovak health care, in this desert that was made [when the opposition was in power].”

Fico further stated that the post of health minister is not a “reward but a punishment”, which is attributable to the reforms of previous right-leaning governments.

The health minister is a mere cosmetic accessory in whole health care sector and Fico is the man who leads hospitals, according to Szalay.

Dusan Zachar of INEKO agrees, adding that mixing politics with hospital management can lead to the situation when heads of hospitals are reluctant to take unpopular steps because of pressure from politicians who do not want to lose votes.

“When the prime minister sacks a hospital director it shows that health care sector is sick,” Szalay told Sme.