SPEED skiing is a special discipline and Milan Bekeš is its pioneer in Slovakia, is striving to make it official. On March 20, he tried to establish a founding Slovak record in the Lomnické sedlo saddleback, the ski slope at the highest altitude in Slovakia. 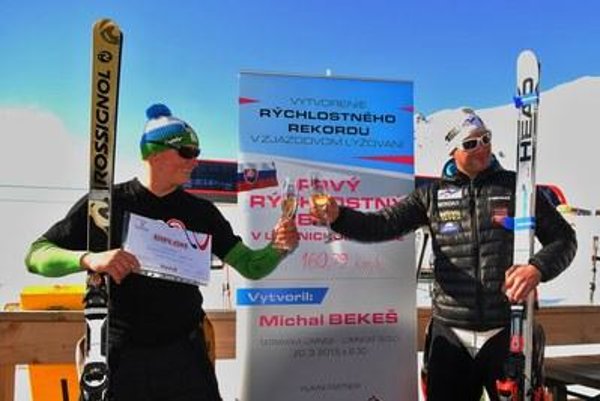 Speeding down the ski piste on downhill skis 2.17 metres long, Bekeš, a native of Ždiar, made the record – 160.79 kilometres/hour.
“For me, this is adrenaline and the feeling I can enjoy the speed maximally,” Bekeš told the TASR newswire. “The greater extreme it is, the more I push the limits and I cross them. Maybe once I will make it also at more than 200km/h,” he added.

The Slovak skier has repeatedly won the Zjazd na Doraz and Redbull Home Run speed races that took place in recent years in Tatranská Lomnica in the High Tatras and in Jasná – in the Low Tatras. 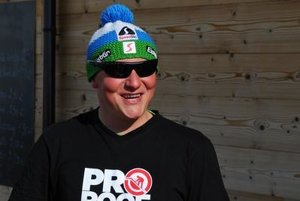 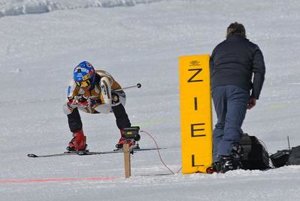 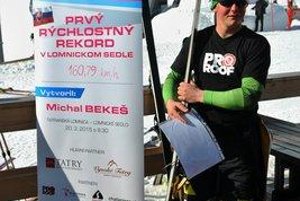 Bekeš noted that he has been preparing to attempt the record since last summer, mainly improving his fitness. “I have been doing speed skiing since 2009, motivated by friends from Poland where this discipline is an official one,” he said. This extreme downhill skiing requires excellent skills and experience, but “speed skiing is as safe as downhill”, according to Bekeš. Injuries are minimal, if the track is flat as a plate, without bumps; thus, the slope for this record had to be prepared and adjusted for one week.

“Lomnické sedlo has excellent conditions and parameters: exclusively natural snow, degree of incline 439 metres, and an average gradient of the ski piste is 47 percent, while you can ski until May here,” Bekeš explained.

Speed skiing is an official sport discipline falling under the International Ski Federation, FIS. It is divided into two categories: S-1, or speed one, which is made on special aerodynamic equipment; and SDH, speed downhill, with standard sport equipment.

The world record in SDH is 210.770 km/h. Each year, a series of World Cup races is organised, and biennially, also the World Championship in Speed Skiing. Apart from these, also the attempts for world records are made.