SINCE 2010, Slovakia has also been participating in the global environmental event, Earth Hour. The event that strives to point out light pollution and environmental problems will take place on Saturday, March 28, 2015 between 20:30 and 21:30: 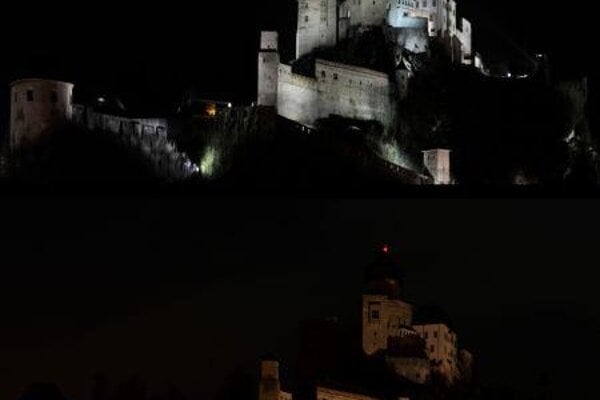 People, as well as institutions, cities and towns will switch off their lighting for one hour. As the Slovak National Museum (SNM) also hails this day, its monuments and sites will remain dark for one hour too; apart from its headquarters in Vajanského nábrežie in Bratislava, as well as the Museums of Carpathian Germans (branches in Bratislava, Nitrianske Pravno, Handlová). Bojnice Castle, Spiš Castle, Modrý Kameň Castle, the Museum of Ruthenian Culture in Prešov will switch off the night lighting, the SNM informed.

Along with Paris, London, New York, also Slovak cities and towns – Banská Bystrica, Žilina, Hlohovec, Bánovce nad Bebravou, castles in Stará Ľubovňa, Trenčín, Nitra, as well as some other sites will stay dark, unlike other days, the SITA newswire wrote.

The idea of a mass of people saving energy for at least a single hour was born in Sydney, Australia in 2007 when about 2.2 million households and companies switched off all lights and electric devices for one hour to save energy. Since then this Earth Hour initiative has been organised each year by the World Wild Fund for Nature (WWF).

Switching off lights is just one of several projects, Jaroslav Merc of the Slovak Association of Astronomers told the TASR newswire, adding that WWF has also prepared the first Earth Hour Forest – planted thanks to last year’s initiative. Slovakia has participated in the project since 2010, and apart from institutions and associations (of astronomers, e.g.) also famous personalities like first – and only- Slovak astronaut Ivan Bella, writer Boris Filan and head of the Slovak Academy of Sciences, Pavol Šajgalík support it.