SLOVAK police participated in a major arrest action that took place in six countries in late March. Two Slovaks were arrested in Slovakia and charged with the crime of migrant smuggling. 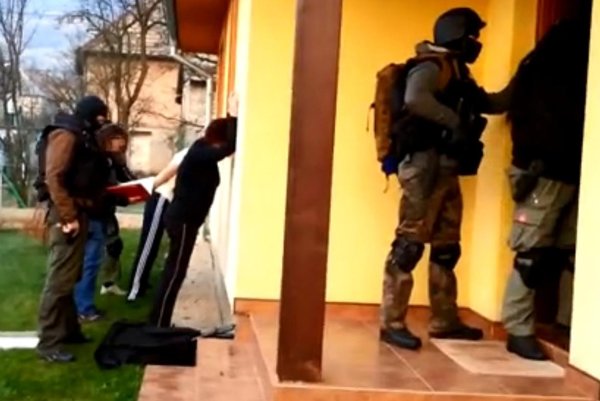 The action, supported by Europol and Eurojust, saw 77 arrested individuals suspected of large-scale irregular migrant smuggling from Kosovo to the EU. The arrests took place in Austria, the Czech Republic, Kosovo, France, Germany, Hungary, and Slovakia.

Law enforcement and judicial authorities of the countries involved, supported by Europol, Eurojust and Switzerland, dismantled the organised criminal network which was mainly made up of individuals originating from Kosovo, the Czech Republic, Slovakia, Serbia, Bosnia Herzegovina and the former Yugoslav Republic of Macedonia. The criminal network recruited irregular migrants in Kosovo and organised their illegal entry into the EU, the Europol press release reads.

The migrants typically travelled to Serbia on their own where they made contact with facilitators, who subsequently smuggled them into Hungary by crossing the green border. Upon their arrival in Hungary, the irregular migrants were handled by another cell of the same criminal network. In many cases, the migrants claimed asylum in Hungary prior to being smuggled onwards to their final destinations in Switzerland, Italy, Germany and France.

For their journeys across Europe, migrants were smuggled in vehicles travelling through Slovakia, the Czech Republic, Germany and Austria. The migrants paid the facilitators using Western Union or MoneyGram transfers as well as cash. The facilitators charged around EUR 2800 per person or EUR 7000 for a whole family to organise a trip from Kosovo to France.

Two Slovaks in their late fourties from Poltár and from Lučenec who were arrested as part of the action in Slovakia were charged with the crime of migrant smuggling. They could end up behind bars for three to eight years if proved guilty, police spokeswoman Denisa Baloghová said.

Altogether eight Slovak citizens were arrested during the action, according to Baloghová.