SLOVAKIA’s economy is expected to grow in 2015 faster than originally forecast, benefiting from quantitative easing by the European Central Bank, which weakens the euro, and low crude oil prices. 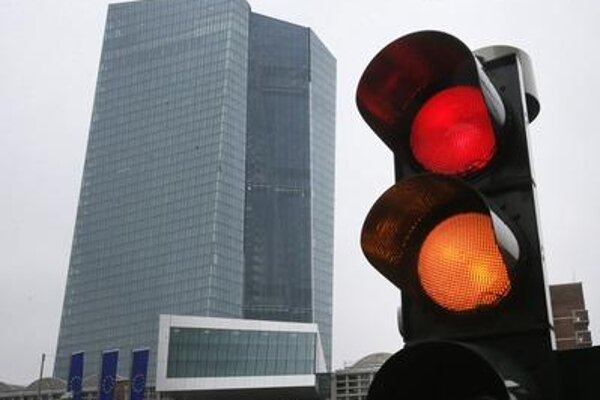 The National Bank of Slovakia has upgraded its forecast from January forecast of the growth of the gross domestic product by 0.3 percentage points, up from 2.9 percent to 3.2 percent for 2015.

“Whereas the positive impact of the reduction of oil prices on the economy has been lower than expected in the previous prognosis due to the slight increase in crude oil euro prices, the fully realised programme of extended purchase of assets will have a positive impact on the Slovak economy mostly by virtue of higher eurozone demand and the weaker euro exchange rate,” NBS Governor Jozef Makúch said on March 31 when introducing the latest prognosis.

He added that the quantitative easing (QE) launched by the European Central Bank (ECB) is likely to have a positive impact on Slovak economy in the form of 0.4 percent GDP growth in 2015 and 0.2 percent in 2016.

Finance Minister Peter Kažimír and Prime Minister Robert Fico perceive the upgraded forecast as encouraging, while the latter said that at such growth will spur larger changes on the labour market.

“At economic growth above 3 percent we can expect a natural creation of new work places and a reduction in the unemployed,” Fico said as cited by the TASR newswire.

The NBS predicts a dynamic growth of work places especially in the service sector, but notes all should benefit from the improved growth.

“Rising domestic demand also fuels employment, which is increasing quicker than expected. We expect 22,000 jobs to be created in 2015,” said NBS Vice Governor Ján Tóth, adding that average unemployment rate could be 12 percent in 2015 and drop to 10 percent by 2017.

Kažimír appraised the fact that the country’s economic growth has not been driven exclusively by foreign demand but that the domestic demand strengthening.

“The structure of the growth is more balanced and healthier that any time before,” he said as cited by SITA.

NBS also expects real wages to grow also because of negative inflation of the -0.3 percent forecast for 2015.

“Salaries will rise quicker particularly in the health care and education sectors and should align gradually with labour productivity,” said Tóth. In 2015, nominal wages are likely to grow 2.6 percent.

The central bank believes that Slovakia will benefit from the ECB’s €1 trillion bond-buying programme and Makúch is confident that the ECB will find enough quality bonds to meet its targeted €60 billion worth of monthly purchases.

“We’re meeting our buying volume targets, in terms of quality of purchased bonds,” he said.

He warned that this programme is not any substitute for the structural changes needed in some eurozone economies.

“In no way is QE to replace insufficient reform efforts by eurozone governments when carrying out structural reforms and keeping rules of budgetary responsibility,” said Makúch, “because the EQ-supported growth of economy will not last forever”.

Renáta Konečná, general director of the Department of Monetary and Economic Analysis at the NBS told public broadcaster RTVS that these reforms should target maintaining and improving competitiveness.

“This means that these are important reforms on the labour market and from the viewpoint of simplicity of hiring and firing employees,” said Konečná. “And from the viewpoint of Slovakia it is also important to increase drawing of EU funds which help the economy in terms of the growth of investments and support of sustainable growth in the future.”