April Fools in Slovakia: a rundown of the jokes

IN SLOVAKIA April is a traditional day of so called “April fish”, or jokes. Media and even public officials do not shy away from the opportunity to present fictitious news or make practical jokes. 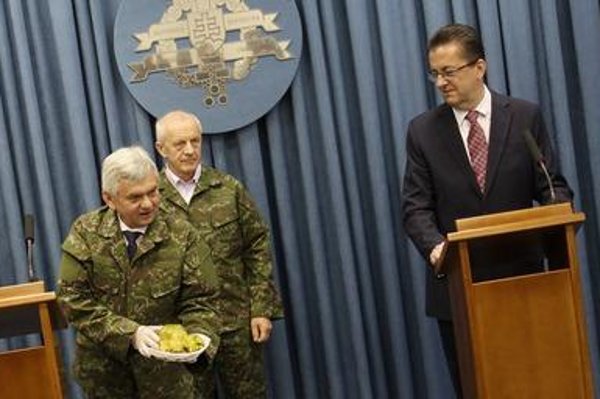 The Denník N produced a tax return form for the next year: it not only states where the 2 percent of taxes, eligible to be donated to a nonprofit at a taxpayers request, should go, but also offers choice for the remaining 98 percent joking that they could be allocated to tycoons and financial groups like Penta, J&T, Juraj Široký, Jozef Brhel or Miroslav Výboh. Denník N also presented a round up of other top jokes:

The Hospodárske noviny economic daily informed on this day that after a success with free trains, the Slovak government plans to introduce also free air transport – on several routes between Bratislava, Košice, Žilina and Poprad. The government allegedly also plans to buy new planes with this goal in mind.

The Sme daily broke several April fish, with one of them being the news that the European Commission plans to ban summer tyres, as there will be no more summer.

The Nový čas daily foresees the reconstructed Old Bridge as a roller coaster or with a roundabout junction in the middle; while the public Radio and Television of Slovakia, RTVS tried to only slightly amend its last year’s successful sheep counting programme. This time around, viewers were able to follow the snail races.

Representatives of the ruling Smer tried to show their humour, too: Prime Minister Robert Fico first lent his place for the waiter of the Government Office who usually waits on the ministers. Later, Defence Minister Martin Glváč and Agriculture Minister Ľubomír Jahnátek organised the April 1 press conference. Jahnátek informed that his ministry will get a € 1 million fine for “green chicken” allegedly discovered there by the State Veterinary and Food Administration. Glváč quickly hid a piece of chicken in military uniform form under his napkin.