THE POSITION of Slovakia as an attractive country for foreign investments in central and eastern Europe worsened last year based on results of an annual survey organised by foreign chambers of commerce in Slovakia. 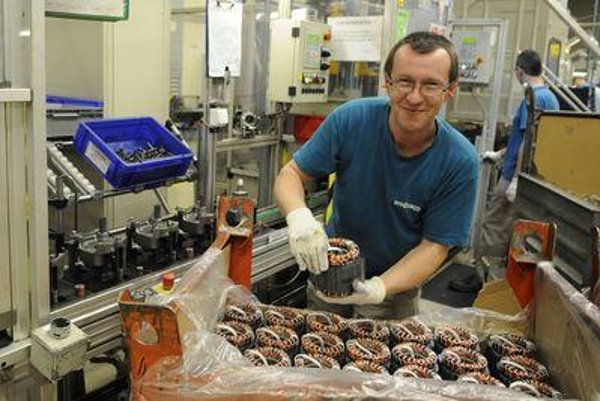 Slovakia slipped to the second position while the Czech Republic has overrun it, finishing first. In total, 167 companies attended the survey conducted by foreign chambers of commerce of Germany, Austria, US, France, the Netherlands, Sweden and the trade department of the Austrian Embassy to Slovakia in February.

“In the international competition of localities for investments, Slovakia is still relatively quite well,” said Vladimír Slezák, president of the Slovak-German Chamber of Commerce (SNOPK), as cited in the press release when commenting on the results of the survey, but adding that it is not enough to maintain a status quo when Slovakia is prepared for more intense creation of innovation only in a limited scope.

Investors explain worsening of Slovakia’s ranking by pointing out that while the Czech Republic has focused on infrastructure projects and efforts to curb bureaucracy, Slovakia has introduced the minimum tax, and increased bureaucracy and labour costs. Moreover, as most companies have their parent companies in Austria and Germany, the geographic position of the Czech Republic is more favourable compared to that of Slovakia.

The survey showed that investors in Slovakia expect that the local economy will thrive this year more than last year, but that it is impossible to speak about any boom when each third respondent of the survey expects an improvement. More than one fifth of the respondents see the economic situation in Slovakia as positive, which is the best result since 2009, SNOPK wrote in its press release. Moreover, expectations in terms of development of their companies are even more optimistic when more than one half of the respondents predict a growth in their turnovers. Approximately each third company would like to extend investments and hire new workers.

“In general, the survey reflects slightly more optimistic moods than in 2014, but we do not feel any euphoria so far,” said Slezák. “Either world conjuncture or the state economic policy do not provide any needed impulses for this.”

In terms of assessing conditions for doing business, investors have not registered any improvement compared with the previous year, rather the opposite. Their dissatisfaction increased the most in the area of legal certainties.