Amid complaints, new law will seek to make funding for athletes more transparent. 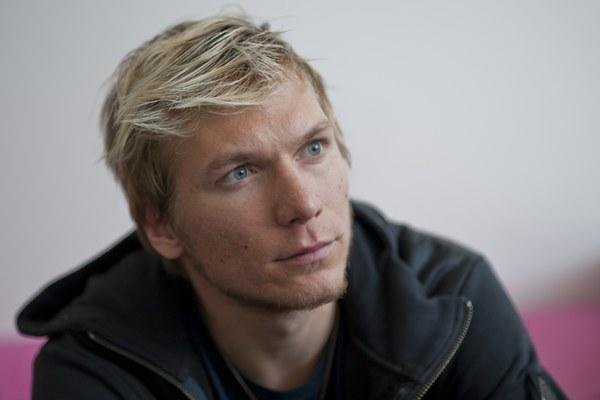 A PROPOSED new law on financing and management of sports, recently introduced by the Education Ministry, may calm critics who point to lack of support for Slovak athletes representing the country at top events.

The debate was re-opened in mid-March as Adam Žampa, a top Slovak downhill skier,  said he was considering leaving the Slovak team and joining Russia as he sought improved financial support and conditions for training.

“In Slovakia, you can get to a certain level in sport, but alas, my acquaintances, family friends and especially parents cannot secure this forever (mainly financially),” Žampa wrote on Facebook in mid-March. “I want to personally progress, to move forward in my career, and, unfortunately, this is not possible in Slovakia. There will certainly be people who will understand this – but also those who will be against.”

A winner of several medals, who posted fifth and sixth place finishes at the Sochi Winter Olympics in 2014, explained that he races almost solely thanks to the resources provided by his parents and sponsors, the SITA newswire wrote.

Though he finally said on March 29 that he will not leave the Slovak national team (but will train with Russians), his dispute with the Slovak Skiing Association (SLA) is only a tip of the iceberg amid a series of complaints from top athletes about the conditions the athletes face. In response, Speaker of Parliament Peter Pellegrini and Education Minister Juraj Draxler introduced a new law on sports on March 31, which seeks to make their financing more transparent.

“The aim is to create a standard environment in which we would not witness similar steps of some associations and clubs that have occurred in past days,” Pellegrini told the press, as quoted by SITA.

Parliament is expected to discuss the law in autumn and, if passed, the new rules would come into force in 2016, Pellegrini said.

After the media reported that Žampa and his brother Andreas were considering defecting to the Russian team, which reportedly offered better training conditions and even financial support, Prime Minister Robert Fico entered the debate. He met with Tomáš Žampa, father and coach of the Žampa brothers, on March 24 and discussed the situation in the SLA and the athlete’s future, the Denník N daily reported on its website.

“The PM feels sorry about the departure of the skier, and I feel sorry too,” Tomáš Žampa told Denník N. “We will work on creating conditions for Adam.”

Meanwhile, Draxler decided that ministry inspectors will soon go to the SLA and check the management of funds that the ministry sends to the association.

“Regardless of this case [the dispute between the SLA and Žampa brothers over financing and conditions] it needs to be said that the system of financing sports is not set correctly and it is necessary to change the rules to make financing more transparent,” Draxler said, as quoted by the TASR newswire.

The SLA welcomed the planned inspection, saying it will help the public learn more about the system for financing the association and also stop misleading information about financing of the individual disciplines and skiers, SLA head František Repka said, as reported by TASR.

Žampa is not the only skier who has considered leaving Slovakia. In March 2012 Veronika Velez-Zuzulová also said she may opt to represent another country.

“We have two possibilities – either to finish with skiing or leave,” her father and coach Timotej Zuzula told the press in 2012, as quoted by TASR.

The apparent reason also was problems with the SLA, with Velez-Zuzulová’s team saying that she did not have appropriate training conditions to achieve success. At the time she was receiving €10,000 per year from the SLA, with other funds being given by sponsors, TASR wrote. In the end, she remained on the Slovak team.

More recently, Lucia Tomečková, a former reporter at the public-service Radio and Television of Slovakia (RTVS),  wrote a letter to Fico in which, among other things, she commented on the very poor condition for her daughter who represents Slovakia in swimming.

“We as parents of the Slovak representatives have learned very quickly to arrange nearly everything because the conditions for athletes in this country are so catastrophic that we have to learn to live with them, identify them and solve them really quickly,” Tomečková wrote, as quoted by the Omediach.com website.

In an opinion piece the Sme daily summed up that Slovak sports are overshadowed by various sport associations, unions and committees, which are part of a non-transparent, complex and hard to figure out system. Financing is crucial, Sme wrote, but lack of communication, non-systematic work and other phenomena also contribute to the poor situation. Žampa is only the tip of the iceberg, Sme stated on March 22.

Sme also pointed in its opinion piece to recent awards for athletes that supposedly listed everybody who had received a medal, including in sports like darts and arm wrestling. But the first version of the list missed the names of tennis player Dominika Cibulková, who finished second in the Australian Open in 2014 and also cyclist Peter Sagan, who, among other accomplishments, won the green jersey at last year’s Tour de France.

They were recognised only after the list was revised.

Proposed changes to the law

The aim of the new law is to make the use of money allocated for sports more transparent, Draxler said.

“One of the cornerstones will be a sports information system as a public inspection tool,” Draxler explained, as quoted by TASR. He added that it should allow members of the sports associations to have enough information about their activities.

Among the most important proposed changes in the new law is that each sports association will need to appoint a controller who will be the highest inspection authority. These controllers will check the use of public money and if they find any imperfections, they will call on the associations’ management to remedy them, Education Ministry spokeswoman Beáta Dupaľová Ksenzsighová told The Slovak Spectator.

Moreover, the law proposes establishing a permanent court that would decide on cases connected to the sport. If a sports association violates the rules, it may lose state financial support until it changes course, she added.

The associations will also have to publish their management structure and reports from meetings, as well as to hold a meeting at least once a year, TASR wrote.

Since the proposed rules concern only non-financial affairs, an expert group still needs to discuss the financial aspects which should propose ways “to find resources and create a motivational environment for the private sector in order to make it also support sports more”, Pellegrini said, as quoted by TASR.

One of the possibilities is to establish one fund for sports that would then redistribute the finances among the various sports associations. It is also proposed to gradually stop the practice of some state-run firms to financially support only selected sports events. Under the proposed rules, these firms would send funds allocated to sports directly to the Education Ministry which is responsible for sports, TASR reported.

The proposed financing plan should be finished in a month, Dupaľová Ksenzsighová said.