THE TWO biggest airports in Slovakia, in Bratislava and Košice, saw opposite developments last year. While air traffic stagnated in the capital, Košice was one of the five fastest growing airports in Europe last year. New routes and the arrival of more low-cost carriers have some industry experts hoping for more growth in 2015. 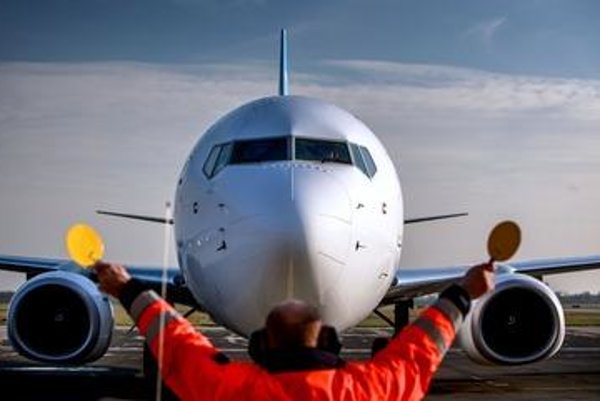 “In the long term air transport in Slovakia, at least in terms of the number of passengers, is rather stagnant,” Pavol Kajánek, the division director of the research and development department at the Transport Research Institute (VÚD), told The Slovak Spectator.

In this respect Kajánek sees the biggest challenge of Slovakia’s air transport as not only expanding regular direct lines between airports in Bratislava and Košice and destinations most popular with passengers, but also in the form of regular flights connecting main airports in Slovakia with important European hub airports from which passengers would be able to continue directly to their final destination.

“The pre-condition for such regular lines is that these flights take place at times which are most interesting for passengers and that connect with regular lines from hub airlines to other destinations,” said Kajánek.

According to Antonín Kazda, head of the Air Transport Department at the University of Žilina, the position of air transport in Slovakia and in Europe should be assessed from the viewpoint of global trends, in particular growth in the share of low-cost carriers in the entire air transport system.

In this respect Kazda pointed out that low-cost carriers are able to attract just a narrow segment of passengers, those driven by price.

Kazda further pointed out that low-cost carriers operating in Slovakia often offer flights at inconvenient times and thus their offer of routes and destinations do not satisfy those on business trips and those travelling to hub airports with connections to other destinations. Moreover, the time needed to travel from northern Slovakia to airports that provide scheduled air transport significantly exceeds the usual limit of 60 minutes.

“Thus the main challenge for passenger air traffic in Slovakia is to secure regular air transport for business travellers from regional airports by connecting these to some of the hubs,” said Kazda.

The M. R. Štefánik Airport in Bratislava transported 1,355,265 passengers last year, a decline of 1.3 percent compared to the previous year. It offered direct connections to 14 destinations with London being the most popular with almost 275,000 passengers, followed by holiday resorts in Turkey and Greek islands.

“After a several years of decline the airport in Bratislava expects an increase in transported passengers thanks to new routes and arrival of new air carriers,” M. R. Štefánik Airport’s General Director Ivan Trhlík told The Slovak Spectator, adding that the Ireland-based Ryanair has opened a new base in Bratislava in late March.

In recent years, the Bratislava airport relied on low-cost carriers but after a complete withdrawal of Easy-Jet and cancellation of some Ryanair routes, the airport experienced a decline in the frequency of flights and departing passengers.

The Dubai-based airline Flydubai added Bratislava to its growing network as part of its significant expansion in central and southeastern Europe in late 2014.

“The launch of the new scheduled flight connection between Bratislava and Dubai is a great business success,” Trhlík said, as cited in a press release.

During the first week of December, another airline, Austria’s Niki, unveiled its plans to introduce connections from Bratislava to Brussels and Mallorca via Vienna. But the original launch was postponed from April to October this year or April 2016.

Ryanair has opened a new base in Bratislava late in March and it will have two planes based here. Trhlík said the carrier will add three new routes to Athens, Madrid and Berlin and will increase the frequency of its flights to London, Dublin and Liverpool.

The changes will require a $200 million investment and will transport almost 1 million customers per year to Bratislava, Ryanair wrote in its press release.

Trhlík believes that the base in Bratislava will also bring better timing of departures and arrivals for passengers.

“Already now we can say that our assumptions about an increase in passengers in 2015 are being fulfilled,” said Trhlík, adding that the number of passengers increased by 31 percent or 32,329 passengers during the first two months of 2015 compared with the previous year.

Letisko Košice (Košice Airport) experienced a 50-percent increase compared with the previous year to 365,000 passengers. Tomáš Jančuš, deputy to the airport’s executive director, ascribes the positive developments a new low-cost connection to London, the stable operation of flights to Bratislava, Vienna and Prague and the best charter season in the history of the Košice airport.

Hungarian low-cost airline Wizz Air will open its Košice base as early as June 5 and flights to Milan’s Bergamo airport and Doncaster Sheffield Airport in the UK will be available as of June 5 and June 7, respectively. The air carrier also announced a boost in its flights to London to 10 times a week.

“Opening of the new bases [of Wizz Air in Košice and Ryanair in Bratislava] is excellent news for Slovakia,” Jančuš said, adding that it is beneficial especially for Košice which so far has had only limited access to low-cost air transport. He noted the key benefits, apart from improved flight connections, as an increase in the attractiveness of Košice and eastern Slovakia for foreign investors as well as an added value for development of tourism.

Altogether, the new Wizz Air base will feature 14 flights on a weekly basis during the upcoming summer season. Originally, Wizz Air had planned to launch flights to Milan and Sheffield in September 2015, using an Airbus A320.

But while Kajánek sees the launch of bases of low-cost airlines positively, Kazda remains sceptical.

“The launch of new bases will undoubtedly lead to an increase of passengers, but it is questionable whether the operation of low-cost carriers would cover costs of the airports [in Bratislava and Košice],” said Kazda, adding that conditions under which Ryanair would operate in Bratislava are not known and that the dominance of this strong carrier discourages others from entering the market.

While some kinds of passenger transport receive support from the state, this is not the case for air transport.

In this respect Kazda was not only speaking about subsidies. According to him, a survey of passengers who instead of taking flights from Slovakia use services of airports close to borders would provide relevant information about the Slovak market and prospective passengers. This would help during negotiations with carriers about opening new routes.

“The performance of airports in the sector of charters and low-cost carriers make up only a portion of the air passenger transport from Slovakia,” said Kazda. “Based on estimates, most travellers, especially from the most lucrative sector of business travellers, use Vienna airport.”

In this respect he pointed out that Bratislava airport has failed so far to obtain connections operated by so-called traditional carriers.

Trhlík of the Bratislava airport noted that Slovakia lacks a national flagship carrier, which could secure air connections between Bratislava and important cities, pointing out that even Montenegro with only 623,000 citizens has its national carrier with six planes.

“A national carrier would significantly contribute to development of air transport in Slovakia,” said Trhlík.

While a complete highway connection between Bratislava and Košice is still lacking, the cities are connected by rail as well as air. But experts do not expect that the latest changes in support for rail transport, where train fares are free or discounted to a significant portion of the population, will affect the air connection between Bratislava and Košice.

Kajánek believes that the domestic line between Bratislava and Košice should be understood and operated as an offer of transport for higher middle business clients and meet the needs and expectations of this group of passengers. In his opinion even after the latest changes in the rail fares would not mean competition for air transport on this route.

Kazda agrees, adding that the latest changes in rail transport are targeted on groups of passengers who are not perspective for domestic air transport.

“Domestic air transport is justified between Bratislava and Košice with connections to Prague or another hub,” said Kazda. “Connecting Žilina to some important hub with a stop at another regional airport, for example in Brno or Ostrava, to fully use the capacity of the route could be similarly promising.”