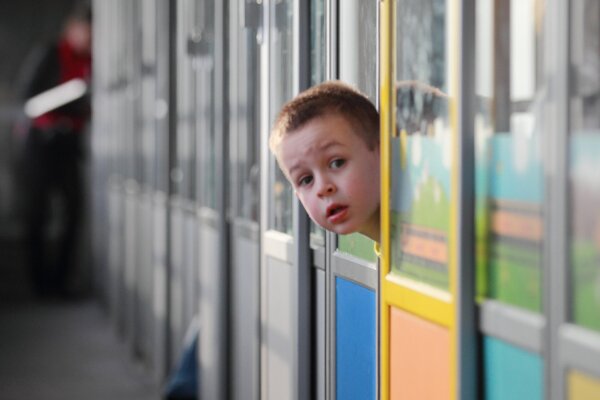 WHILE railway transportation is booming thanks to the government’s so-called “free trains” measure and discounts for commuters, bus companies have begun cutting routes amid mounting losses.

Passengers who have shifted to train travel do so primarily on long-distance transport which take place without any subsidies, but the changes have also impacted suburban bus lines subsidised by self-governing regions that ensure connectivity outside major cities. As reported by the Bus Transport Association (ZAD), the average drop in suburban bus transport is only 2.7 percent while the drop in a long-distance bus trips approaches 17.3 percent.

“On the basis of these results carriers are reviewing the running of some routes with the aim of limiting losses from those activities,” ZAD President Peter Pobeha told The Slovak Spectator.

For example, bus transportation companies SAD Žilina and SAD Prievidza cancelled some routes in February, the TASR newswire reported. The Transport, Construction and Regional Development Ministry, however, has pointed out that the loss of passengers has come only on bus routes that directly compete with railways.

“Switching has appeared on the shared lines with half-empty subsidised trains and buses,” Transport Ministry spokesman Martin Kóňa told The Slovak Spectator, adding that the preference for trains is a general trend in Europe. Passengers are travelling in the most ecological and economical way.

The interests of bus carriers operating suburban transport do not jive with the interests of the state-owned passenger rail carrier Železničná Spoločnosť Slovensko (ZSSK), resulting in a lack of cooperation.

While all 1,600 trains from ZSSK have been ordered and subsidised by the Transport Ministry, bus companies receive subsidies only from regional governments.

According to officials with the Bratislava Self-Governing Region (BSK), it is essential to support public transportation in its entirety, including bus companies. The decision to support only train service seems to be unsystematic and not conceptual, said the spokeswoman for BSK, Iveta Tyšlerová, because the buses play a significant role in regional transportation.

“The ZAD calls on the Transport Ministry with a request for negotiation to ensure common action in the interest of improving public transport,” Pobeha said.

The rail subsidy scheme could extend to buses, according to the Transport Ministry, although subsidising bus transport is in power of regional governments. Still, for subsidies to occur, train and bus routes should not compete with one another, Kóňa said.

Better harmonisation and the removal of overlapping routes could help curb losses by bus companies. Many regions have to rely on the regional bus lines, thus residents are discriminated against by the railway rebates. Proper coordination would ensure that passengers who have to use various modes for travelling to work or school arrive in time.

According to ZSSK, it is much more complicated to change the departure time of train compared to a bus. Amendment of the arrival time at one stop for just a few minutes can disrupt connections in all the other regions.

Morháčová also pointed out that ZSSK has established so-called clock-face scheduling according to which commuters and express trains leave at regular intervals; therefore the displacement of one implies the need to move the other on the same route. Thus the change in the west of country will affect conditions in the east, she said.

BSK has reacted with new bus schedules, according to Tyšlerová. Pobeha of ZAD acknowledges that bus carriers in other regions acting similarly.

“Currently we are harmonising hundreds of lines with the railways,” Pobeha said. “But only where it ensures a guaranteed improvement in quality.”

Patrik Velšic, spokesman of the Trnava Self-Governing Region, said his region adjusts bus schedules every year to match changes by the railway. The priority is to minimise simultaneous transport and improve flow, he said.

In contrast, officials of Prešov Region say they are less likely to significantly alter bus schedules.

“The region must comply with valid contracts with public carriers for the years 2009 to 2018,” Veronika Fitzeková, spokeswoman of Prešov Self-Governing Region, told The Slovak Spectator, adding that intervention in routes can occur only after communication with the local authorities.

Tyšlerová of BSK disagrees with complete abolishment of overlapping buses and trains, citing rush hours that see a spike in passengers.

“We prefer to improve the supply before reduction of mass public transport options,” she said.

According to ZAD officials travel preferences vary but the free or discounted train fares mean those who have an option are likely to choose trains.

“If we begin to command people in choosing their public transport mode, there could be a risk that they choose individual [car] transport,” Pobeha said. “This is not our aim and certainly not the aim of the state.”