THE FIRST season of a flight connection between the Slovak city of Poprad, lying under the foot of the Tatra mountains, and the Latvian capital of Riga has positively impacted the number of visitors to both the High and Low Tatras. 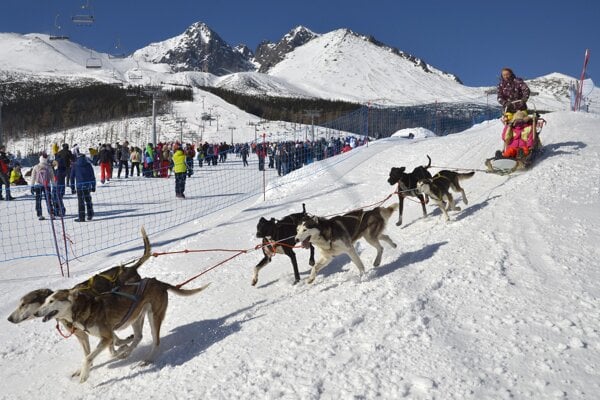 The new flight route has been most used by Latvians, Estonians and Russians, but the numbers of Finns and Swedes has also increased. Although the original goal of flying 2,600 passengers during this season was only 65 percent fulfilled, the Poprad airport is not disappointed with the result.

“The route has proven viable in less than three months,” Ivan Hečko of the Poprad-Tatras airport told the SITA newswire. “The statistics have so far shown that airBaltic, which operates the route, managed to fully compensate the drop of flying tourists from Russia and Ukraine. Moreover, the number of tourists arriving by plane increased by 509 people compared to the previous year.”

Thanks to the regular connection with Riga, more guests from Baltic countries arrived to the High and Low Tatras. “The new air route has been positively reflected in the visitors’ rate in the region, as the passengers from Riga accounted for more than 4,500 overnight stays with accommodation facilities in the High Tatras and Liptov between December 13, 2014 and March 7, 2015,” said Darina Bartková, head of the Regional Tourism Organisation Región Liptov.

The new route was launched by airBaltic and its Slovak partners in mid December 2014 and its first season ended on March 7. Of the total number of passengers carried, 80 percent were headed to Slovakia – mostly tourists, while the remaining 20 percent were travelling salespeople and passengers heading to Riga and northern Europe for business.