THE INTERNATIONAL film festival Febiofest, which takes place in both successor countries of Czechoslovakia, the Czech Republic and Slovakia, ran for just a week in Bratislava but it was rich in events. 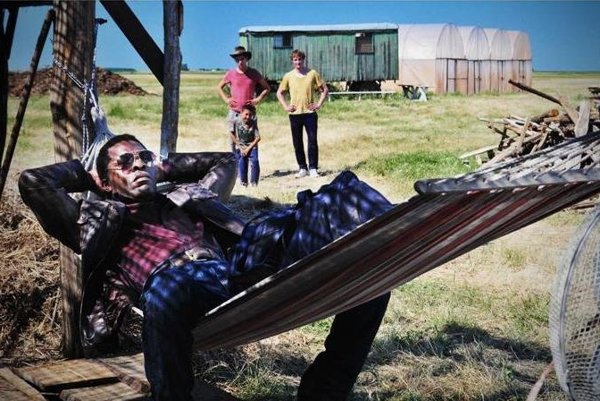 At its opening in the Slovak capital, the annual awards of the Association of Slovak Film Clubs (ASFK) were announced – to US actor Isaach Bankolé who plays in a western titled Mirage that launched the festival and to Slovak scriptwriter and director Eduard Grečner. The best club (meaning art) film for 2014 was the Polish movie Ida and the best club cinema was Lumiere in Bratislava, the TASR newswire wrote.

More awards were given in the competition for short films made in the Visegrad Four (V4) countries – Slovakia, the Czech Republic, Poland and Hungary – as well as in Belarus. The international jury of three members chose the Polish feature film Milky Brother by Vahran Mchitarjan as the winner while several other movies, including Czech and Slovak ones, were selected for other awards from among the total of 24 films.

After the week of showings in the capital (between March 20 and 26) when more than 100 movies were screened in 12 sections, the 22nd year of the festival moved to other Slovak cities and towns: Trenčín, Levice, Košice, Prešov, Martin, Kežmarok, Trnava, Prievidza and Banská Bystrica.

Within Febiofest, “Works in Progress” were also presented, including those by renowned directors or those which have already received awards and honorary mentions at festivals abroad. Three of them – Koza (directed by Ivan Ostrochovský), Eva Nova (Marko Škop) and Sedem zhavranelých bratov (Allice Nelis) – will be released in 2015 while others need more time before they arrive at cinemas.

The screening of the Hungarian movie Mirage on March 20 was attended not only by director Szabolcs Hajdu but also by its prominent cast, Hollywood actor Isaach de Bankolé (a favourite actor of director Jim Jarmusch) who plays alongside a mostly Hungarian cast – including eight Slovak actors who speak Hungarian, such as Attila Mokos, Adam Mihál and others. The co-producer, Matyás Prikler, also hails from Slovakia.

Mirage tells the story of an African footballer (de Bankolé) who is searching for a job and finds himself in the Hungarian countryside, at one of the farms where people are forced to work like modern slaves, often falling prey to human traffickers and international criminals who had taken over the emptied farms after the economic crisis. It was US scriptwriter Jim Stark who gave the film its form as a western – and he also attracted Bankolé, director Hajdu told the SITA newswire. Bankolé joked that his role was the result of a mistake in translation: originally, the football player should have been white.

Slovak audiences can see the unusual, modern central-European western currently running in several cinemas, for instance at the Lumiere in Bratislava, as well as in Prešov, Žilina and elsewhere.