Latino meets jazz on the Danube

IN THE world of jazz, international collaborations and musical mergers are not unusual. However, the Rio Danubio album combines not just Latin and classical jazz, but interesting musicians as well. 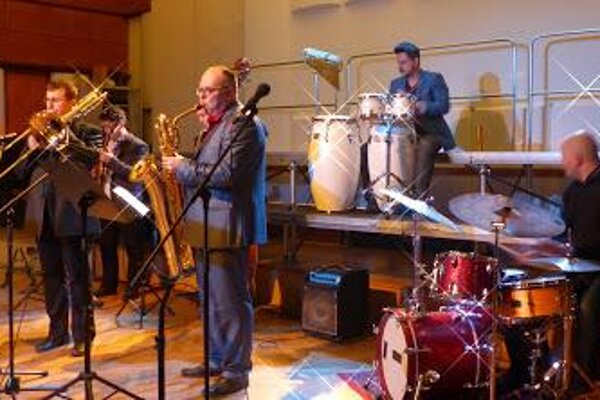 It consists of two quite different parts recorded in two separate sessions. In the first, Brazilian drummer Andre Antunes performs – together with Slovaks Roland Kaník on piano, trombonist Michal Motýľ, Pavol Bereza on guitar, bass players Juraj Griglák and Michal Šimko, as well as Slovak-Peruvian percussionist Eddy Portella). Mainstream jazz “classics” can be found here, including “Here’s the Rainy Day”, which Rothenstein dedicated to musicians of the U.S. West Coast, like Jim Hall and Paul Desmond.

“I met with flutist Jorge Pardo who used to play with Paco de Lucia, along with other musicians, and we loosely agreed that he could record some songs with me,” Rothenstein said at the launch of the album on March 14. “Unfortunately, it did not work out as he was busy, but I had already prepared some tunes and so we decided to record them on an album.”

The launch involved not just “Godfathers”, jazzman Peter Lipa and producer Peter Stankovský, who launched the album into life but also Matúš Jakabčic of the state Music Fund, which also supported the release of album. Jakabčic is Rothenstein’s former professor, and he wished all the best for “perhaps Slovakia’s only saxophonist who consistently focuses on baritone saxophone”. 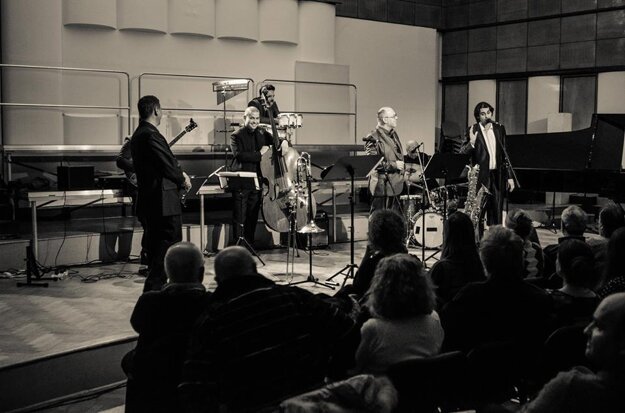 Slovak trumpeter Martin Ďurdina was also supposed to play on this album, but died last summer. One piece of the selection, Maurice Ravel’s Kaddish, is dedicated to him – and also to Rothenstein’s late uncle Jaro Tonyk.

“The album was meant to be a little in the Amy Winehouse style, and Andre Antunes was logistically the closest – he lives in Ireland – and he used to play with her,” Rothenstein told The Slovak Spectator. “So we invited him, and he accepted.”

The baritone saxophonist admitted that the original plan was different, but the death of Ďurdina changed things, and in the end there are just two pieces composed by Rothenstein himself, the eponymous Rio Danubio, and Bebe Rebe (dedicated to his small daughter); while the Kaddish is a step more into the classical music realm, while also a tribute to the late musician.

Rothenstein said about his plans that there are stints planned with Michal Motýľ tentet, CZ/SK Big Band of Matúš Jakabčic. Apart from jazz, a more pop oriented project is prepared with Irish song-writers (but without more specific details), and Rothenstien also plays in the Lento ad Astra band with Zita Slavíčková classical music – impressionist arranged for baritone saxophone.

Rio Danubio is also one of the 13 nominations for the Esprit Award for Slovak jazz musicians. Esprit Awards will be handed out on the International Jazz Day, April 30.