THE CONSTITUTIONAL Court turned down the complaint of Prime Minister Robert Fico on the previous rulings on his charge against the Plus 7 Dní weekly. 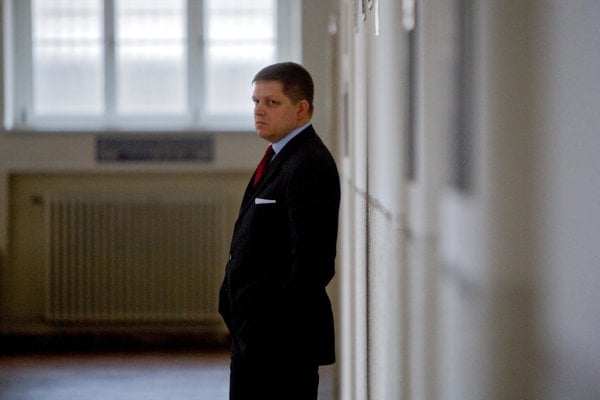 Fico sued the magazine for an opinion piece of its editor-in-chief Miloš Luknár who back in March 2007 wrote about the meeting between the Slovak PM and then Libyan leader Muammar Gaddafi. He was asking for an apology and compensation of €33,000, the Sme daily reported in its April 7 issue.

When Fico met with Gaddafi, he did not want to tell the journalists what they were talking about during their face-to-face meeting. He later told a reporter of the TA3 news channel that it was “the fight against global imperialism”. Though media did not record the statement, the press reported about it. Also Luknár later used it in his opinion piece.

The judges ruled that the journalists can use a certain degree of exaggeration, irony and provocation in opinion pieces. Moreover, Fico needs to withstand more criticism as he is a politician, the judges claimed, adding that he even had not refuted the statement, as reported by Sme.

Before the Constitutional Court, two courts backed the newspaper in the dispute with Fico. In 2009 the Bratislava V District Court turned down the lawsuit against Spoločnosť 7 Plus, the publisher of Plus 7 Dní, saying that the PM could say anytime that the journalists had made up his statement about the fight against imperialism.

“Since it did not happen, (the Plus 7 Dní weekly) published the information in good will that it is true,” the court ruled, as quoted by Sme.

It also said that the article in question is an opinion piece, i.e. the value judgement of the author which cannot be considered as an inappropriate interference into individual rights.

The Bratislava Regional Court subsequently confirmed the ruling in 2010, saying that the opinion piece was clearly distinguished from news content and that it was written in a clearly ironic, sarcastic and critical voice. The judges also agreed that the PM has to withstand more criticism and stressed that Fico had not refuted the statement, Sme wrote.

Fico then tried to appeal to the Supreme Court, but it refused to deal with the case in 2011.

The PM may now turn to the European Court of Human Rights in Strasbourg. Sme, however, pointed out that politicians usually lose similar disputes there.

Disclaimer: Spoločnosť 7 Plus is owned by the Penta financial group, which has a 45-share in Petit Press, the co-owner of The Slovak Spectator.