Slovakia will help the Emirates with border security

SLOVAKIA and the United Arab Emirates will cooperate in the field of security and fight against terrorism. 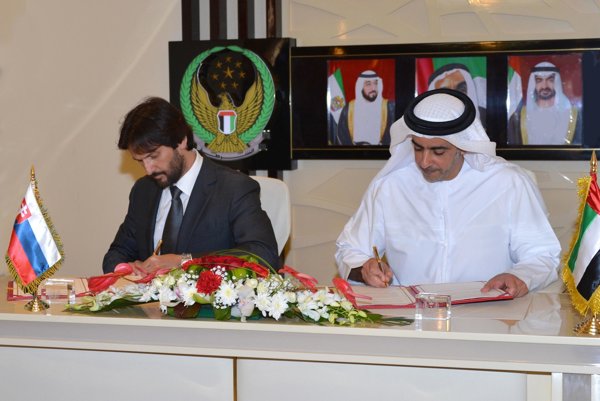 This stems from the agreement signed between Slovak Interior Minister Robert Kaliňák and his counterpart Saif bin Zayed Al Nahyan on April 5 in Abu Dhabi.

The agreement focuses on all areas of fighting terrorism, organised crime, drugs, money laundering and falsification. It also concerns the education and exchange of information, the TASR newswire reported.

Slovakia will also help the United Arab Emirates with implementing security measures on its borders. After Croatia, it is the second foreign country where Slovak experts will help with protection of state borders, TASR wrote.

The second memorandum signed between the countries concerns the recognition of driving licences.