Some Roma do not know they celebrate

ONLY 14 of 20 young Roma addressed by the Sme daily knew that April 8 is celebrated as the International Roma Day. 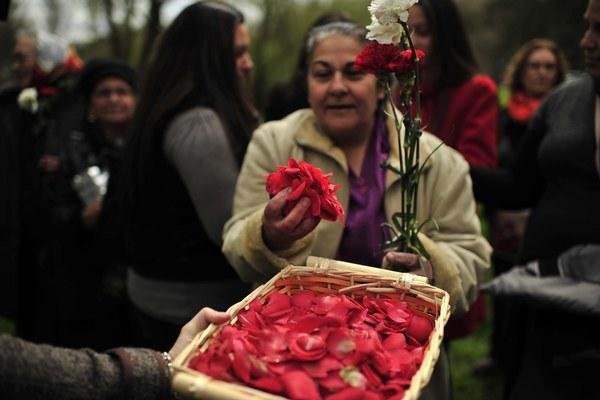 Though this date is recognised across the world, only some Roma commemorate it in Slovakia. Nevertheless, there are a bunch of events to remember this day and their number in Slovakia is increasing every year.

“If there were no media, I would not know about the Roma day until now,” Miroslav Žiga from Licince, Banská Bystrica Region, told the Sme daily.

The importance of this day, held to celebrate Roma culture and raise awareness of the issues facing Roma, was stressed also by President Andrej Kiska who visited Spišský Hrhov (Prešov Region) on April 8. The village is known for successful cooperation with Roma, who also work in the municipality-run company, and pre-school.

“The Roma issue is one of the most serious problems our society faces,” Kiska said, as quoted by the TASR newswire, adding that during the day he plans to visit the places where cooperation is successful.

Roma have belonged to this country for several centuries, said Government’s Proxy for Roma Communities Peter Pollák, adding that this cohabitation will be mutually beneficial only if we live together, not close to each other.

“Not only Roma, but also a majority of inhabitants have to want this,” Pollák said, as quoted by Sme.

As for the events, this year’s International Roma Day brings various events across Slovakia, including dancing, singing, music and theatre performances, as well as a blood donation, the opening of an exhibition of young Roma photographers from Vtáčkovce (Košice Region), launching of the book titled “Children of the Sun” in Prešov and various activities in community centres across the country.

The square in Kecerovce (Košice Region) will host a fashion show, while in Hnúšťa (Banská Bystrica Region) there will be tasting of traditional Roma food. On Partizánska Lúka in Bratislava a football match between employees of the US Embassy in Slovakia and a youth team from Čičava (Prešov Region) will take place, Sme wrote.

“Our aim is to award those who work in the field and do activities resulting in better life in Roma communities,” Pollák told Sme.