Historian looks into emigration from Orava

EMIGRATION used to be an extensive phenomenon in poorer regions of today’s Slovakia, forming the current face of the country. Historian Juraj Laššuth from Dolný Kubín has looked at this trend around the turn of 19th and 20th centuries in Orava. 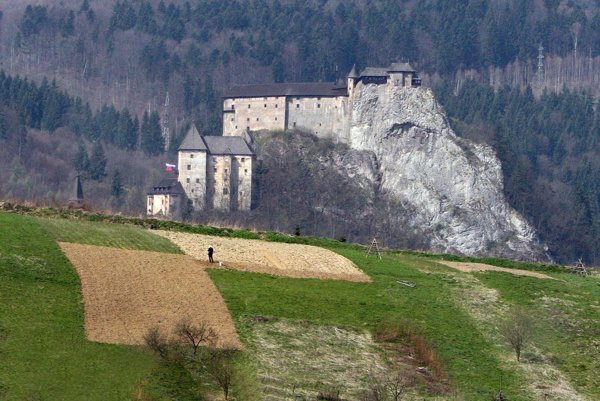 ”This is the sad fate of local population,” a notary from the municipality of Rabča described the harsh life of Oravans at this time, as quoted by the Sme daily. “They cannot harvest, even with hard labour, as much cereal in six months as they would need for one year’s sustenance. For these poor creatures, it would be necessary that at least one half is colonised to a better region. A small farmer is not able to maintain his family, pay taxes and interests form his debts. Thus, he is forced to sell the farm, otherwise he will experience distrainment.”

To emigrate for work to the United States was for many families the only way to survive. Historian Martin Chmelík writes in his monograph about Dolná Lehota, that between 1880s and 1907, a total of 14,500 people left Orava for the Americas.

Laššuth is a fan of history until these days. Recently, he started exploring the emigration as “the blank spot in history of villages and towns. In most monographs, it is only mentioned briefly, or not at all”. He concludes that emigration impacted life of every village to a great deal: those who left emptied space for those who remained, but they have not forgotten the poverty they came from.

“The first generation kept sending in money for the rest of their lives,” he writes. “We do not know exact amounts, but those who left to earn money returned with nice sums – they repaid debts, bought land and build brick-and-mortar houses or big wooden houses called “American”. They also imported new ideas about state and society, as the United States was a free, democratic country, unlike the half feudal Hungarian Kingdom.”

As the names of emigrants were registered in twisted, Hungarian forms, it is difficult to find out more in detail the numbers.

Moreover, many people left “illegally”, as it cost a lot of money and time to procure a passport. They were leaving for “America” – meaning Canada, the US, and South America alike. First, Canada was the main destination but later, the United States began to take over as the preferred country, Sme wrote.

After the registry of the Immigration Office at Ellis Island in New York was made available, this marked a big milestone; as all emigrants coming between 1892 and 1924 were registered there. There were two big groups of emigrants, single young people, and married men. The biggest was the group of 15- to 20-years-olds in general, but in some places, married men prevailed. The singles usually left for good, the married sent money home, to their families, and usually returned with nice sums, moving up to a higher social class; and some even persuaded their relatives to follow them by emigrating.

Most Oravans left from villages lying near the Orava river. The number of exiles from individual places does not correspond with the number of then – or current – inhabitants. Aspects like the size of the district, land, preference to seasonal works closer to Orava and the public opinion in the due community were decisive for the number.

“It was a relief for the village, as land was unable to suffice for all,” historian explains. “Americans tended to disdain the first generation – as they did with all foreigners. Slovaks lived poorly in America – for American conditions. Those who earned 15 to 30 cents in Hungarian Kingdom, usually earned 1.5 to two dollars there.”

Oravans departed through agents of steel and mining companies, and signed work contracts before they left. Sometimes, they regretted it in America, especially when the chance for better earnings came and they had to stick to the original contracts.

The ship tickets were expensive and those who left for good normally sold all their possessions. The single emigrants left with money collected from whole family, and sometimes they even borrowed money from usurers.

Emigrants had to fill in questionnaires even before boarding, which included 29 questions. This was the first round of selection. The second one came after the landing, by immigration officers: medical checks, checking on criminal record and a test of their English. Those who failed returned with the same ship, at the cost of the shipping company. The English test was usually a translation from the Bible, and émigrés learned during the voyage which part they will have to translate, so they most often passed.

Then they were allowed to grind in harsh conditions of mines and steel plants, with only a small part of them having some kind of qualification. Still their moving enabled those who stayed in Orava to have a better life.