ON INTERNATIONAL Roma Day, April 8, two unusual football teams met in Bratislava in a friendly match organised by the US Embassy to Slovakia to mark the occasion. 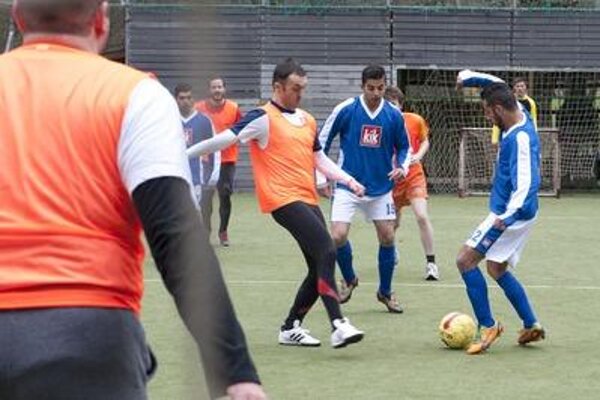 The game featured a team of players from among the Embassy staff and their rivals - young Roma football players from a village called Čičava, in the Vranov nad Topľou district in Prešov region.

The Roma boys were eager to travel to Bratislava, as this was the first visit to the capital for many of them, the coach of the team and headmaster of Čičava primary school Pavel Kováč told the TASR newswire. Kováč said that his team features both Roma and non-Roma players but he has never experienced any problems due to the mixed composition of the team.

“The boys help each other a lot, which is clearly seen on the football pitch... They get along very well,” he said.

Slovakia has made a very encouraging step when it adopted its first-ever strategy for human rights and secured millions of euro towards helping the marginalised Roma communities, according to US Embassy Charge d’Affaires Norman Thatcher Scharpf. Conversely, the diplomat cited concerns of ongoing segregation of Roma children at schools and discrimination against Roma in their access to services, including health care.