Judiciary to get extra €45 million over two years

THE COUNTRY'S judiciary is to benefit from an additional €45 million over the next two years, after an agreement between Justice Minister Tomáš Borec and Finance Minister Peter Kažimír on April 8. 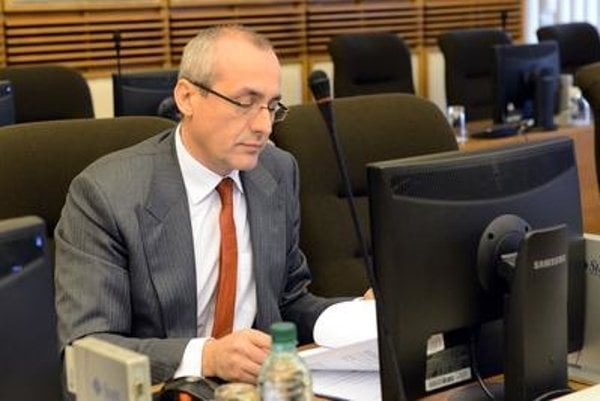 Kažimír said that the extra funds will be spent on meeting the “justified demands” of the sector’s administrative employees, securing proper operation of the judiciary and boosting its standing. However, the extra money is not intended to settle the claims for higher salaries made recently by court workers, he added.

Court staffers - excluding judges - went on a one-day strike February 19, and they have threatened a full-blown walk-out will follow if their demands are not met by April 10.

“The Finance Ministry wasn’t ready to respond to the demand of court employees for salaries that would be on a par with state employees in the same salary bracket,” Kažimír said, as quoted by the TASR newswire. “The Finance Ministry is unable to address this, as funding for this needs to be found by the Justice Ministry which did submit a plan yesterday (April 7) that we view as feasible.”

Borec said he was happy with the outcome of the talks, noting that this year’s budget will receive an injection of €21 million while the remainder will serve to increase next year’s budget. He added that he is unable to say whether he will be able to satisfy the demands of court workers by the end of this week.

The court employees have laid out four requirements - the budget of the Justice Ministry should be increased by 25 percent, courts should be provided with sufficient finances and staff, legislation concerning the status of employees in the judiciary should be adopted immediately, and their socio-economic situation must improved.

The first request - an increase in the ministry’s budget from €300 million by €75 million - was dismissed as being out of question by Borec on April 8. “That’s utterly impractical, and I made that much clear to them. I believe that what I’ve attained is a major victory, and they should realise this, and here's to hope that they will.”

In practice, the fulfilment of the requirement means that judicial employees will get gross €90 a month more, the SITA newswire wrote. This goes for the first half of 2015, when average salaries of state employees in judiciary will be increased from last year’s €697 to €712 since July 1.