THE PROPOSED budget for the city of Bratislava, if approved, could result in a reduction in the salaries of employees of Bratislava Public Transport Company (DPB), redundancies and threats to the regular maintenance of public transport vehicles, three chairpersons of trade union branches operating at DPB said on April 7. 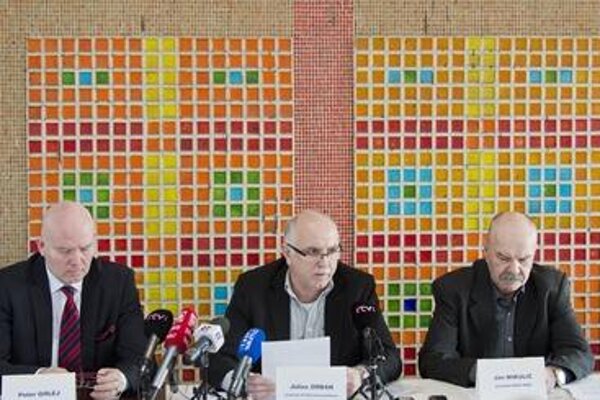 The unions warned that €3.5 million less has been allocated for DPB costs than in 2014, while the local authorities want to keep to the scope of operations – around 45 million vehicle-kilometres – seen in the previous year.

“We only request a fair subsidy for the commissioned vehicle-kilometres, as is stated in the Framework Agreement between DPB and the City Council,” Július Orban, chairman of the bus division of the Organisation of Integrated Trade Unions (ZO IOZ), told the TASR newswire.

Peter Gole, the chairman of ZO IOZ’s electric railways and technical infrastructure division, said that an insufficient operational subsidy could have a negative effect on the quality of public transport and on employees, dissatisfaction among whom could result in a strike. The unions have developed a plan to contact all relevant associations of city representatives, according to Orban. He also stated that all mayors of boroughs of Bratislava were asked in writing to support this initiative at an extraordinary city council meeting due to take place on April 9.

The unions say that they unsuccessfully discussed this with Bratislava Mayor Ivo Nesrovnal. “We called on him to audit DPB if he suspects mismanagement at the company,” said Orban.

The unions are relying on the aforementioned representatives to make budget amendments, Ján Mikulič, head of the Public Transport Drivers Union, added.

According to Nesrovnal, City Hall is delivering on all commitments it has and will have towards DPB based on the respective contract. He added that City Hall will seek to conduct an inspection into how DPB spends the money that it receives. The mayor also said that DPB is receiving an extra €5 million in funds compared to last year.