Creditors to decide about Váhostav in late April 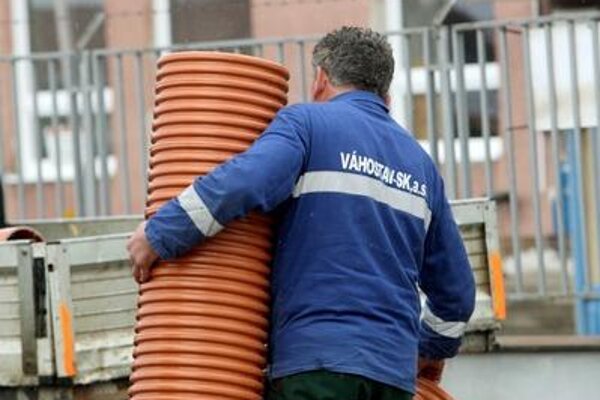 In the meantime parliament will debate the case as well as related issues of restructuring processes or how to protect small entrepreneurs and media reports continue linking  businessman Juraj Široký and the company.

Under the restructuring plan, Váhostav-SK plans to settle 15 percent of its debts or €15.7 million to small and medium-sized companies. So-called secured creditors, especially banks that have secured their loans with collateral, will receive 100 percent of their claims. In total the firm wants to repay just 32.3 percent of its total debts of €136 million, or €43.9 million.

According to Marián Moravčík, current general director of Váhostav-SK, in case creditors turn down the restructuring plan, the construction company would head into liquidation SMEs would not even recoup that 15 percent of their money and some 1,500 people would lose jobs , the SITA newswire reported. 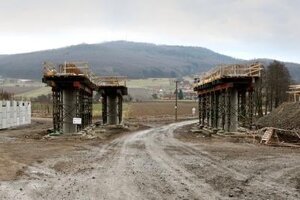 In case the creditors approve the plan, it will go to the court for approval. In the light of the situation around Váhostav-SK, the parliament will discuss on April 15 issues related to restructuring process.

“We will seek solutions that could make this process more transparent, clearer and better,” Speaker of Parliament Peter Pelegrini said as cited by TASR. “We expect that parliament will adopt a resolution that would assign tasks to individual ministers to urgently prepare such adjustments in their departments, which could stabilize the whole process.”

Other issues to be discussed may include changes in payment of the value added tax (VAT) as well as position and protection of the most vulnerable creditors, that are the self-employed guaranteeing their businesses with their total property. In terms of the current VAT legislation, businesses have to pay out the 19-percent VAT also for work they have carried out but for which they have not received payments. Thus, the settlement of 15-percent of their claims will not even cover VAT they have already paid.

In the meantime Peter Belinský from the opposition Christian Democratic Movement (KDH) and ombudsman of the self-employed and small businesses called on the government to buy all the claims the self-employed and small businesses registered against Váhostav-SK and settle them. By this sum the state would than pay less to Váhostav-SK than for state orders, the TASR reported.

Prime Minister Robert Fico said at a meeting with small creditors in Zilina on April 1 that there has never occurred such an extreme case and this is why the government is open to discuss any solution. However, he worried about setting precedent, the SITA newswire wrote.

Transparency International Slovakia in cooperation with Bisnode have earlier uncovered that there are three Slovak companies behind Váhostav-SK linked with Juraj Široký, while ownership relationships continue to Cyprus, New Zealand and Costa Rica.

Harvard Investment Funds was launched by Viktor Kožený back in the early 1990s as part of  the coupon privatisation process in the then Czechoslovakia. He promised high revenues thanks to which he obtained shares of Czech and Slovak companies. Later he turned the funds into Harvardský Priemyselný Holding, and together with partner Boris Vostrý embezzled money from the holding. Czech courts found them guilty and sentenced them while according to the verdict allegedly Široký assisted them during some transactions. They used Cypriot companies administered by Sarris for siphoning that are registered at the same address as the ones tied to Váhostav-SK, Sme wrote.