REPRESENTATIVES of Freedom and Solidarity (SaS), NOVA and Ordinary People and Independent Personalities (OĽaNO)parties, who have for some been time been tipped to forge a coalition for the parliamentary election in March 2016, will meet at SaS’s congress in Banská Bystrica on April 18, the TASR newswire learnt from SaS party chairman Richard Sulík on April 9. 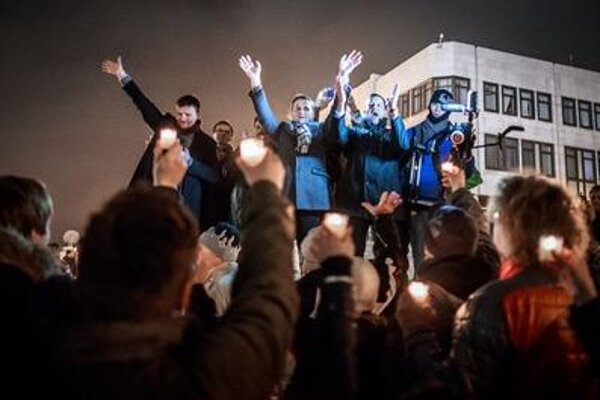 The three parties have been somewhat reluctant to discuss joining forces, reasoning that the time is not yet ripe for such a move and that collaboration in specific issues currently matters more.

“There are plenty of issues that unite us, such as the fight against corruption and economic measures,” said Sulik, as quoted by TASR, before adding that a coalition is not a pressing issue at this point. He went on that he will not avoid the issue of a possible coalition in his speech at the congress.

“There’ll come a time that a decision will need to be made, but we’re not discussing it at this point,” Lipšic said, as quoted by TASR. “We’re addressing concrete scandals of this government and concrete proposals.”

He further stated that to indicate that a union would should be based on broader foundations. One of most important things is to create a formation that will be able to be an alternative for Slovakia so as to make sure that current Prime Minister Robert Fico is not in power.

“Everything else - party and individual interests - is secondary,”  Lipšic  said, as quoted by TASR.

OĽaNO chief Igor Matovič also weighed in: “We started working together - holding joint pressers and coming up with joint proposals - more than a year ago,” he said, as quoted by TASR, adding that it is no good forcing something.

The three parties joined forces late last year in organising anti-corruption protests following scandals in the health care sector. Alojz Hlina, who used to be a vocal figure in the protests, called the group “young guns”. Upon his joining the caucus of Christian Democrats (KDH) last month, Hlina said that young guns “are over”, TASR reported.