CZECH President Miloš Zeman will not attend the military parade in Moscow that will mark the 70th anniversary of the end of World War II in Europe, his spokesman Jiří Ovčáček said on April 10. He added that Zeman will, however, participate in the ensuing festive reception; but he will also meet Slovak Prime Minister Robert Fico in Moscow. 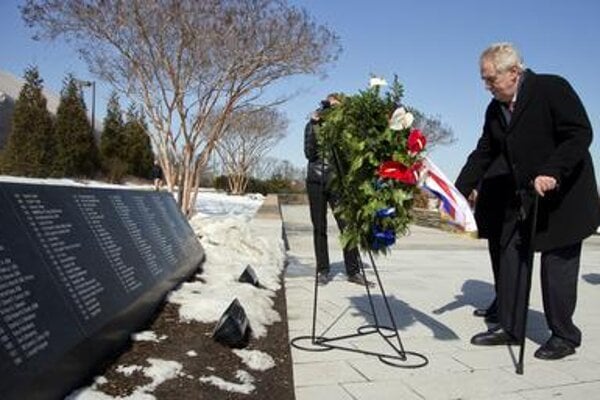 This implies, the Sme daily wrote, that Fico will attend the celebrations on May 9, although his office has not confirmed it yet. Zeman will only participate in the laying of wreaths at a war memorial, and he will use the time of the military parade “after an agreement for bilateral talks with Slovak PM Fico”, according to Ovčáček.

One of the reasons behind Fico’s decision to go to Moscow is public opinion, though it is not united regarding this issue, political scientist Tomáš Koziak told the Hospodárske noviny daily. However, a portion of Fico’s voters would not forgive him if he did not travel to Moscow. Moreover, he himself considers it important to go, as it is an emotional issue for him.

It is questionable, though, how the public opinion or Slovakia’s foreign allies will perceive this decision; and Slovak diplomats will be ultimately asked about it and they will have problems explaining it, as the European Union member states’ leaders, as well as some other heads of countries worldwide, will not attend.

Fico will not take part in the military parade, but will only be a guest at Vladimír Putin’s reception, the Hospodárske noviny wrote, adding that Russian media will nevertheless extensively cover with whom Putin met and spoke.