EC representative: Slovakia can get €20.3 billion from EU budget, gives only 6.8 billion

SLOVAKIA  can get as much as €20.3 billion from the European-Union budget for 2014 to 2020, while contributing about € 6.8 billion, head of the European Commission (EC) representation in Slovakia, Dušan Chrenek, said at the Ecoforum event on April 10. 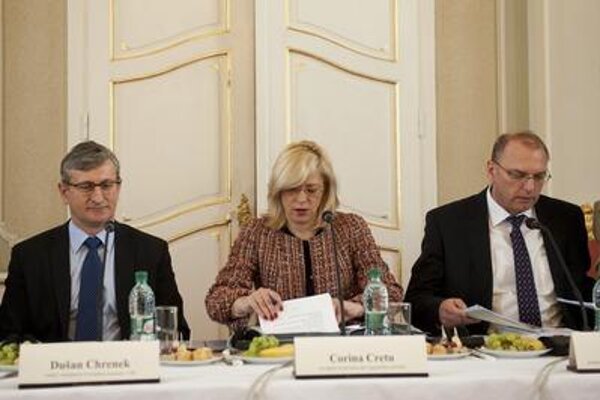 The motif of the Ecoforum at the European Information centre was “European Tax and Resources of the European Union”.

Chrenek pointed out, as quoted by the TASR newswire, that the forming of the EU budget and its dividing into different spheres is always the subject of fierce debates and negotiations.

“The EU budget is only about 1 percent of the EU GDP but it has essential importance for the Euroepan economy, EU cohesion and also for the EU’s global operations,” Chrenek said.  “The EU budget is very important also for Slovakia, as the country gets considerable resources from it. 86 percent of all Slovak public investments are co-financed from the EU budget.”

Slovakia ranks among the countries that draw more money than they contribute, the SITA newswire wrote.

Chrenek deemed the current system outdated, as it has not been changed in 25 years, and is also complicated. The EC wants to change it, striving to abolish the single source based on VAT, and to introduced new own sources instead, based on the financial transactions tax and national VAT collection. The EC also proposed the simplification of correction mechanisms, Chrenek added according to TASR.

The proposed change would enable decreasing of contributions of member states according to the gross national product, and open the chance for financial institutions to be involved in to a fair extent in solving the financial and economic crisis they have contributed to. The tax could also dissuade from speculative transactions, Chrenek opined, adding that the issue of financing the EU budget will be very probably dealt with during the Slovak presidency of the EU.