THERE were three pubs with slot machines in Madunice village in western Slovakia.  Whole Roma families regularly gathered in front of them waiting for head of the family to bring some money and many lost all of their monthly welfare in a matter of days – until the machines were banned. 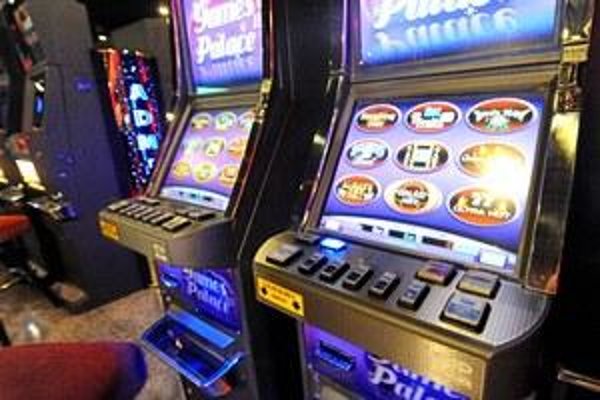 Gambling as an addiction does not discriminate, and plenty of wives from households with a high salary came to the municipal office complaining that their husband had gambled away mont, Madunice Mayor Alena Jelušová said before the town outlawed machines in 2012.

Professionals deal with around 300 of new gambling addictions each year within last 10 years, compared with 2,000 of drug abusers and 20,000 of alcohol addicts treated each year. Many more cases go untreated, according to experts.

“It doesn’t matter how many patients we have but how seriously they are affected, ” says  Ľubomír Okruhlica, head of the Centre for Treatment of Drug Dependencies in Bratislava.

There are approximately 3.2 slot machines per 1,000 citizens in Slovakia and their number has been falling since 2008 when parliament began adopting a series of Gambling Act amendments. In 2008 there were 27,000 legal slot machines in the country while in 2014 the number fell to 21,050, according to data of the Association of Videogames Operators and the Slovak Association of Amusement and Games (AZAH).

“The public may have impression that there is increasing number of slot machines but it isn’t, they are just regrouping,” AZAH spokesman Juraj Danielis told The Slovak Spectator. “Many operators [of slot machines] move their machines from pubs to gambling houses which are under more strict supervision.”

Besides “regrouping” of slot machines there is increasing number of videogames and internet casinos players, according to Danielis.

For example, Slovak Capital Bratislava noticed that while number of traditional slot machines, informally called also “one-armed bandits” decreased from 1,574 in 2010 to 696 in 2014, the number of videogames increased from 944 to 2177 during the same period, according to spokeswoman Ivana Skokanová.

While operators of slot machines face falling revenues, gambling is on the rise. In 2010 the state gained from levies and taxes related to gambling including slot machines, videogames, betting and so fort of around €100 million. Income reached €146 million in 2014, according to Finance Ministry.

“Payments for running slot machines in Slovakia are among the highest in Europe,” Danielis said, adding that for example there is €5,900 tax levy on gambling videogames of which 5,000 goes to state and €900 to municipality were machine is placed. The gambling industry currently gives to around 12-14,000 people, he said.

In January, the Sme daily reported on buses with gamblers from Vienna heading to Bratislava on New Year’s Eve after the Austrian capital banned all slot machines as of January 1. Bratislava Mayor Ivo Nesrovnal responded by saying he lacked the power to limit gambling.

“There is evidence that casinos or gambling houses sooner or later destroy every street,” Nesrovnal told Sme on January 9. “Normal shops leave then and serious social problems arise, such as gambling, alcoholism, prostitution, violence, chaos.”

Regional cities approached by The Slovak Spectator however claim that they have not noticed above average levels of criminality near gambling houses. Police in Poprad see no such thing, according to spokesman Marián Galajda.

Banská Bystrica officials said the same. Žilina and Bratislava officials did not respond to requests for comment.

“Claims about criminality, prostitution or drug abusing around gambling houses is popular stereotype used by politicians and activists to improve their image,” said Danielis.

On the other hand, smaller towns and villages which tried to more or less successfully ban slot machines in their municipality see different picture of how hazard affects the street life and lives of individuals.

“The local man comes back home after working for a week, gets drunk and leaves almost his whole salary in machine,” Jozef Martinček, the mayor of Gbeľany told The Slovak Spectator. “Subsequently their wives or parents come to complain about that in local municipality.”

Martinček added that Gbeľany issued edict banning the gambling in the municipality however new Gambling Act amendment effective since the beginning of 2013 ruled that if citizens want to ban such business they have to run petition gathering at least 30 percent of all local eligible voters. The village so far has not succeeded to launch such petition.

On the other hand, the town of Podolínec did succeed in such an effort. Before the ban the town was called “Little Las Vegas” and similarly to Madunice it has also problem with marginalised Roma community , according to former mayor Iveta Bachledová.

“One citizen saw little child standing on the street waiting for mum who was trying to win some money to buy shoes for the child,” Bachledová told the Slovak Spectator.

Gambling associations however claim bans have little effect. “Experiences show that removing of two or three slot machines in problematic areas does not solve the situation,” Danielis said. “The group of problematic players will move to pubs.”

Municipalities that have banned gambling all claimed their situation improved when slot machines disappeared.

Gambling is dangerous because it is relatively difficult to create and distribute illegal drug in comparison with slot machine which is legal and available in most municipalities. At first the gambling starts as fun, people like the thrill it brings and spend all they win on playing again, according to Okruhlica.

“The whole thinking of gamblers is focused on playing. Their care for family, children, work, vacations is curbed and gambling impoverishes family,” Okruhlica said. “It can end with a suicide attempt.”

Gambling associations defend themselves by claiming that gambling is the most regulated industry in Slovakia. For example, gambling machines have to contain information about phone number of hotline for gamblers. Further they say that they are not against stricter regulations but new rules should be result of dialogue not populist proposals of politicians, according to Danielis.

“We don’t want to have addicted customers,” Danielis said. “Playing is for fun. Simply, people come, play and leave.”

When commenting the danger, Danielis stressed cited the problem that forcing players from brick and mortar casinos merely moves them to their online counterparts. Online gambling is not regulated and income goes to firms based in tax heavens, he said.

There are some gamblers who became addicted on internet but majority of gamblers come from pubs and casinos, according to Okruhlica.

“If many people played on internet they would also come to us,” Okruhlica said. “We don’t see such trend.”

As solution of gambling problem in Slovakia he proposes even stricter regulation and removing of slot machines and gambling houses, because it is easier for addicts to confront their problem if they are unable to access the source of their addiction.

“A person who uses to play in pub will usually not want to travel for gambling 20 kilometres to next municipality,” Okruhlica says. “The need for gambling leaves them until they get there.”