IF a general election had been held in late March-early April, the governing Smer party would win with 37.4 percent of the vote, according to the latest opinion poll carried out by Focus polling agency. 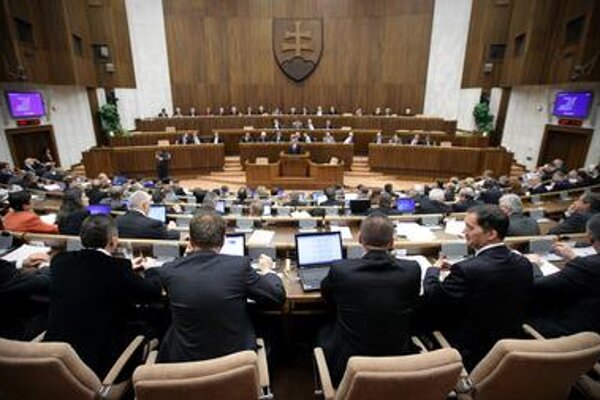 The survey was carried out between March 31-April 8 and canvassed the views of 1,027 respondents. As regards voter turnout, 18.6 percent of the respondents said that they would not go to the polls, while another 13.5 percent claimed that they were unable to decide or didn't want to give an answer as to their participation, the TASR newswire reported.

Smer would have been followed by Sieť party which reached 10.9 percent. Next came the Christian Democratic Movement (KDH) on 9.9 percent, Most-Híd on 7.2 percent, Ordinary People and Independent Personalities (OĽaNO) on 7 percent, SNS on 5.7 percent and Freedom and Solidarity (SaS) garnering 5.3 percent.

Extrapolating these results into seats in parliament, Smer would have 68, which means that it would need at least one coalition partner in order to achieve a majority in the 150-seat house.. Sieť would have 20 seats, KDH 18, Most- Híd 13, OĽaNO 12, SNS 10 and SaS nine seats.

“SNS has stabilised itself and referring to the history [they ruled together in past] the party could be acceptable coalition partner for Smer,” Sociologist Martin Slosiarik of Focus told the Sme daily. “Even Smer voters could accept such coalition because people who were behind the most notorious scandals [of SNS] are not in the party anymore.”

Conversely, among those who would have fallen under the 5-percent threshold to make it into the parliament would be the Party of Hungarian Community (SMK) with 4 percent, Slovak Democratic and Christian Union (SDKÚ) with 3.2 percent, TIP with 2.6 percent, and NOVA with 2.3 percent.