SEVEN companies have expressed an interest in overseeing the construction and operation of a new university hospital in Bratislava, according to a list released by the Health Ministry on April 14. 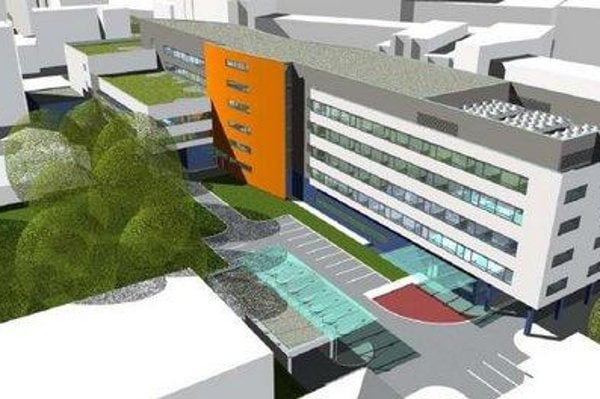 The visualisation of the new hospital. (Source: sme.sk)
Font size:A-|A+0

The new hospital will be part of the proposed BioMedPark project, which features a teaching hospital, a biomedicine scientific park to be run by Slovak Academy of Sciences (SAV), and new premises for the Medical and Pharmaceutical Faculties of Bratislava’s Comenius University. The facility is expected to be located on the current site of Saint Michael Hospital or Soldier’s Hospital.

The cost of the project has been estimated for €6.3 billion. Construction is estimated at €200-250 million, with the rest of the money financing 30 years operation of the hospital.

The publishing of applicants is meant to avoid doubts about transparency and clearness of the competition. However there some applicants which may not fulfil ministry’s demands, including GPN. It  belongs business tycoon, Ivan Kmotrík, whoi controls the TA3 news-only broadcaster, according to Health Policy Institute head Tomáš Szalay, the TASR newswire reported.

Meanwhile, the Health Ministry views the number of applicants as evidence that the public procurement procedure was carried out efficiently and it expects that the competition itself will be transparent and of high quality.

“All applicants that met requirements will be prompted to participate in the dialogue preceding the competition, ministry spokeswoman Zuzana Čižmáriková said. “It’s expected that a shortlist will be published in May.”